Bratislava to host March for Life

THE SECOND National March for Life has the ambition to surpass the event held in Košice two years ago, which was attended by more than 80,000 people. 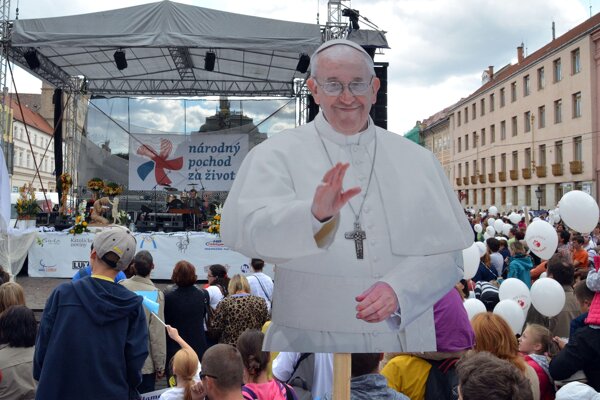 The march on September 20 in Bratislava concludes a week full of activities to support the protection of life.

The programme will be more varied than in Košice, said Martin Kramara, spokesperson for the Conference of Bishops of Slovakia (KBS), the organiser of the event. Except for various cultural events, there were workshops and discussions focused on protection of life and also musical performances. Additionally, selected churches in Bratislava will hold special masses and then the march will begin, the Denník N daily wrote.
“We want to create room for discussions which can be interesting for many people,” Kramara told Denník N. 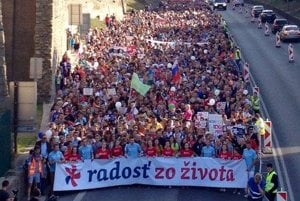 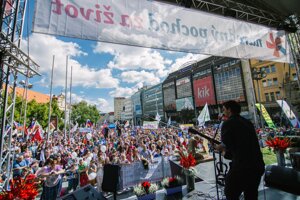 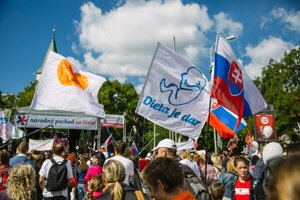 March for Life in Bratislava (5 photos)

Participants in the march will call for stopping abortions, helping people in need, particularly pregnant women, families with many children and families in difficult situations, and protecting traditional marriage.

The organisers plan to launch the first ‘subway’, with which they want to offer counselling to pregnant women in need, Marek Michalčík, the chief coordinator of the march  told the SITA newswire. He added non-perishable food will be collected for families in need and refugees. The organisers also want to address their demands to politicians.

“Many important institutions reside in Bratislava – the parliament, the government, the president,” Kramara said, as quoted by Denník N. “Placing the march close to them and to the centre of the capital is a symbolic expression of our wish for them to notice the topic of protecting the life of unborn children and to deal with it.”

The march is supported by dozens of Christian organisations, including the Alliance for Family which organised the failed February referendum on family issues. Several politicians planned to attend the march, including Christian Democratic Movement chair Ján Figeľ, Sieť leader Radoslav Procházka and Ordinary People and Independent Personalities chair Igor Matovič. It was not clear who else might attend before The Slovak Spectator went to print on September 17.