THERE are not too many Slovak films that have already garnered prizes and appraisal before they are screened in local cinemas. And there are still much fewer of those which seem to have their own life, attracting the attention of cinema professionals and entering competitions and festivals without their makers actually entering them. 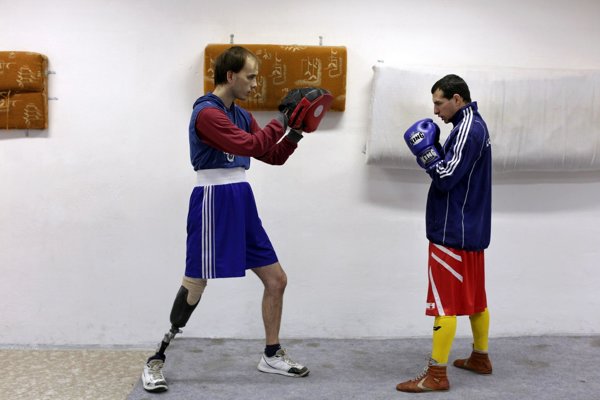 Koza / Goat is one of those films. The film which is somewhere halfway between a feature film and a documentary, according to his director/producer Ivan Ostrochovský, has drawn the interest of festival organisers and film reviewers since it was first presented within the “Work in Progress” section of the International Film Festival in Karlovy Vary 2014. Later, it impressed the film professionals at the Berlinale Film Festival 2015 where it premiered, and then the European Film Academy members chose it for the EFA Selection for the 28th European Film Awards although the film was not the Slovak National Nomination (as the filmmakers thought it was not eligible due to the timing of its premiere and screening). 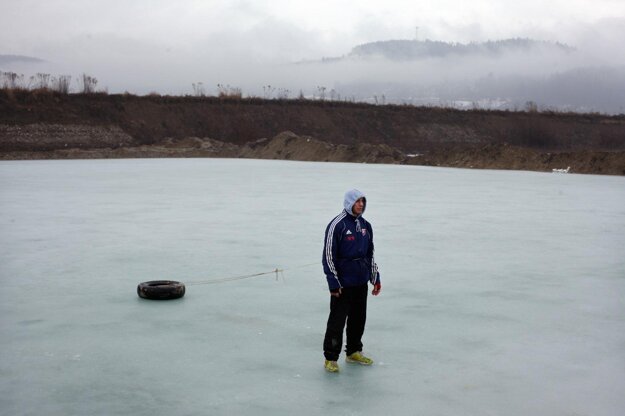 In the 20 countries with the most EFA Members, film academy members voted for one national film directly into the selection list. This year, the Slovak Film and Television Academy (SFTA) nominated two Slovak films – feature fiction debut Children by Jaro Vojtek and a documentary also directed by Vojtek So Far, So Near. A Selection Committee consisting of EFA board members as well as invited international experts has included further films, among them also Koza for the competition, the Slovak Film Institute (SFÚ) informed.

Koza is the story of a Roma boxer, and it is his nickname. Twenty years ago, he was an Olympic winner, but after the big company which was his – and that of several other Roma boxers – main sponsor went bankrupt, Peter “Koza / Goat” Baláž now lives on the brink of poverty. When his partner gets pregnant, he decides to earn money – either for an abortion, as she plans; or for raising the child, as he would like to. He finds a lay “coach”, Zvonko, who helps him train and arrange the matches – which are a disaster, however, due to his long inactivity and poor training condition. He still manages to scrape together some money in this way, paying for it by his repeated head injuries and worsening health.

Ostrochovský who knows Koza form his childhood and decided to “use” his story for his first feature/documentary film, also collaborated on the drafting of a script with Marek Leščák. “We based this on the reality that Peter lives,” the director said at a press conference. “His former partner and children are cast as family, but the path he takes along with his manager is fictitious,” he explained, adding that from the filmmaking point of view, it would be impossible to show the return of Koza to boxing in real time and with real means.

When asked whether the feature loosely inspired by his fate has changed Goat’s life in any manner, the former boxer replied, as quoted by the TASR newswire: “Nothing has changed. The film shows reality; I really live this way. I’m very glad when I go to a premiere of the film. I get to decompress for a day or two and clear my head when around my film crew. We’re good friends, like a family. I have them to thank for taking my mind off things for a bit.” 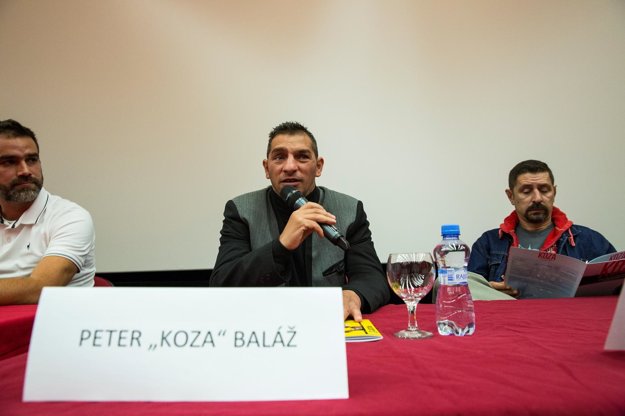 Peter Baláž made a cameo appearance; but Zvonko Lakčevič who played his coach (yet is not one in reality – nor is he an actor, rather a filmmaker and writer) said the same: the film has not impacted his life to a great deal, save for the festival and press appearances.

The film that makes you wonder how things have continued since its end has been recently premiered also in Slovak cinemas, opening the Project 100 2015. Since September 23, Koza will be screened in Bratislava’s Lumiére cinema (in Špitálska 4) with English subtitles. It may also be shown at some national film festivals.

The Slovak Film and Television Academy (SFTA) announced on September

American Motion Picture Arts and Sciences prizes, aka Oscars. It was

selected from among these films:  Láska na vlásku (directed by M. Čengel);