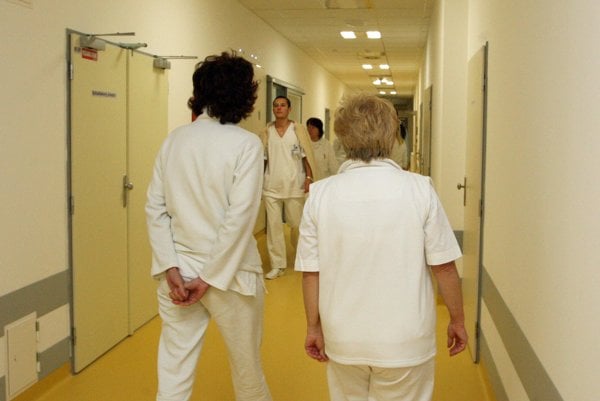 Hospitals are to receive an additional €86 million this year and the health sector should have an additional €55 million next year for pay hikes. Medical staff, however, do not see the proposals as solving larger issues and some are preparing to protest. Their main objections are that the pay hike does not cover medical staff in all kinds of facilities and that the remuneration scheme does not reflect a person’s years of experience.

The cabinet’s plan is to increase the state’s health insurance contributions for children, women on maternity leave, pensioners and others from the current 4.16 percent of the calculation basis to 5.85 percent for the final two months of 2015. An additional €55 million will come from the Finance Ministry for next year’s Health Ministry budget due to improved state revenue. The related legislation still must be passed by parliament.

“I am very glad that we have come to this figure, what in practice will mean that already this year €86 million will go via health insurance into health-care facilities to be used for patients as well as higher wage requirements of medical staff,” Health Minister Viliam Čislák said, as cited by the SITA newswire.

The three health insurance companies active in Slovakia have promised, in a memorandum signed in March, that they would pass the increase in collected premiums to health-care providers. Costs for hospitals have increased this year due to hikes in the wages of doctors and other medical staff.

In response to the promised €86 million, the Association of Hospitals of Slovakia (ANS), clustering more than 60 non-state hospitals, announced that hospitals will back off plans to lay off workers. ANS has requested additional money for its members since last October when doctors received a pay raise. It had warned that if no additional money arrived by autumn, several of its members would end up insolvent.

“ANS perceived allocation of additional money for the health sector as a step for rescue of social peace and positive news for employees of hospitals and patients,” ANS President Marián Petko said, according to the TASR newswire.

The higher premiums will be valid only for November and December of this year and future financing of the health sector remains an open question. Tomáš Szalay, analyst with the Health Policy Institute, pointed out that the draft state budget for 2016 indicates the premium the state would pay for those it insures is only 4 percent and thus hospitals may lack money again next year, the Sme daily wrote. Negotiations on the final state budget for 2016 are still under way.

Some nurses are left out

While originally the government proposed to amend the legislation setting remuneration of medical staff only in state hospitals, the draft legislation passed by the cabinet on September 16 amends wages in all hospitals.

The change will pertain to all 25 categories of medical staff – but not doctors and dentists – and to health-care facilities controlled by the state, regional governments, municipalities as well as those which are currently leased, Čislák told RTVS public radio.

“I’m very glad that I have managed to push this through because while I had this intention from the beginning I did not dare to submit legislation without financial coverage,” Čislák said.

The draft legislation sets the minimum basic component of the wage at 0.81-fold of the average pay for employees in Slovakia’s economy two years ago.

The €55 million should go to pay hikes for 38,000 medical staff at about 120 facilities. While the average increase should be 16 percent, wage increases will differ based on the kind of management or ownership. The hikes should be lowest in state facilities where wages are already significantly higher than in other kinds of facilities.

However, medical staff still object that the new legislation does not cover outpatient departments. Iveta Lazorová, the president of the Slovak Chamber of Nurses and Midwives (SKSaPA), pointed out that would account for one third of the nurses. For other professions this share might be even higher, she warned.

Lazorová also pointed out that the new scheme does not reflect a nurse’s experience, which means that a nurse with three years’ experience will have the same basic salary as a nurse with 27 years of work experience.