Urgent tasks at this week’s emergency EU summit include waking up to reality and sharing responsibility for migrants. 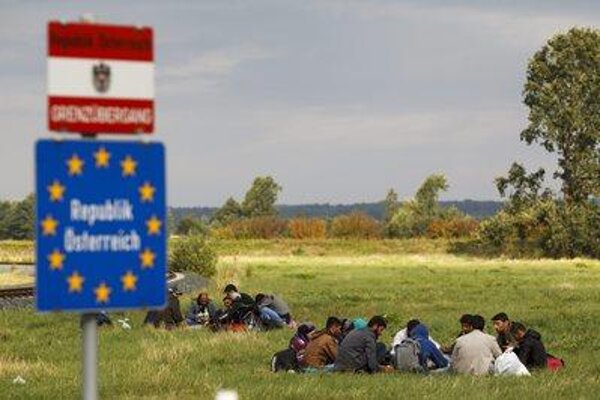 Watching Europe flounder, backtrack and bicker this summer in response to the migrant crisis has been darkly amusing, in the way that grim comedy often attends the greatest tragedies. But no longer.

Hungary spent weeks building a wall, even though none of the hundreds of thousands who have passed through its territory have shown the slightest desire to remain there. Croatia, which had ample fore-warning of the inevitable, was initially welcoming – but only because it believed, unfathomably, that it would be receiving about 500 refugees a day. After 10,000 poured over the border in 24 hours, Zagreb shrieked with dismay and started ferrying them back to Hungary while condemning the “inhumanity” of Budapest. Which, after threatening to block “pathetic”, “lying” Croatia’s future admission to the Schengen Zone, sullenly began busing thousands to the Austrian border.

And still they come in their thousands, despite Europe’s roiling moral indigestion, as colder weather approaches.

The awesome exodus has rent Europe economically between north and south, and culturally between east and west. It has also divided each of its members from within, as between hearts and minds – between those who say we can’t integrate them, now or ever, and those who say we can’t just abandon them in light of our values. Despite all the summitry, and the terrible prospect of how many may yet come this way, European leaders are still fiddling while Syria burns. Like Robert Fico, with his over-my-dead-body bravado, or the UK’s David Cameron with its underwhelming 20,000-over-five-years ‘commitment’.

It’s time to move on from our first, understandably emotional, responses to the crisis. Yes, absorbing well over half a million refugees this year will cost us a lot of money, and on top of the millions of poorly-integrated Muslims already in Europe, will further strain social cohesion. Yes, we would all have been better off if Angela Merkel had not rashly promised Syrians an open door in Germany, just as we all could have done without neo-Nazi Hungarian mayors posting threatening videos on youtube.

We all know that Europe is not going to bus or fly half a million people back to where they came from, just as it is clear that walls and soldiers are not going to prevent more from arriving. Nor are we going to allow them to starve or freeze – yes, even if it turns out that some are not fleeing war. So let’s propose a clear and urgent agenda for this week’s emergency EU summit: stop posturing, admit the facts, share responsibility and agree a solution. Lest our leaders make it even more clear that they, rather than Europe’s newest inhabitants, pose the greatest threat to the future of our Union.