THE ANNUAL Slovak theatre award Dosky which selects the best stagings premiered in the past season was awarded on September 20, within a gala evening in the Slovak National Theatre (SND) in Bratislava. 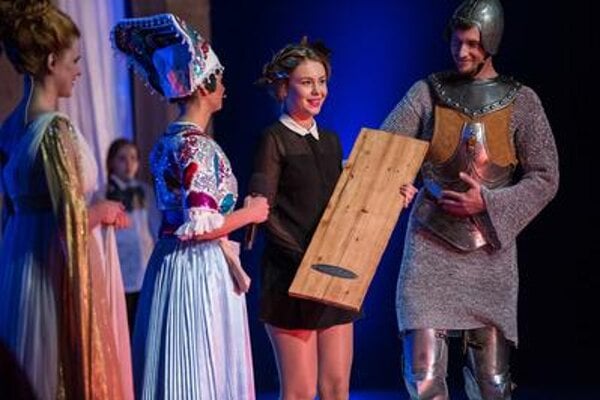 The best staging of the 2014/2015 season was deemed the Mojmír II, or the Twilight of an Empire performance, written by Viliam Klimáček, directed by Rastislav Ballek (staged in the host theatre), the TASR newswire wrote. It received four additional DOSKY 2015 awards: Dominika Kavaschová earned the best actress award for her role of Runa; Ballek for the best director; Juraj Poliak for the best stage design; and Andrej Kalinka for the best music. Tamás Gál was chosen as the best actor, for his role of Zsolt Vidra in the piece Spiatočka / Rükverc / Reverse of the Thália Theatre Košice; he is the first actor from a Hungarian-language theatre in Slovakia to win this award. The best costume award went to Eva Farkašová for her work in the Curious Elephant / Zvedavý sloník play in the Puppet Theatre Žilina. Veronika Pavelková and Lýdia Petrušová are the “Discovery of the Year” for the concept of Mom Has Me in the Bratislava-based elledanse theatre. 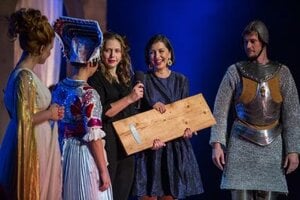 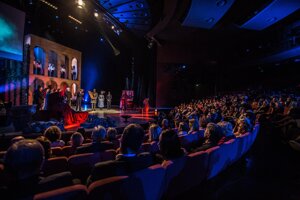 The jubilee, 20th year of the award saw some changes. After being a part of the Divadelná Nitra theatre festival for 19 years, it has been separated and takes place a few days earlier, at a different venue in a different city. Within the ceremony, the Slovak AICT (International Association of Theatre Critics) Centre Award was bestowed, for the extraordinary contribution to theatre – it went to theatrologist and opera historian Jaroslav Blaho. Another new prize, the Bratislava Theatre of the Season, was given – based on popular internet voting – to GUnaGU Theatre (808 votes), followed by the Astorka-Korzo’90 theatre (659 votes) and Ludus Theatre (488 votes). ´The prize is in the form of pavement tile resembling the symbol of the Slovak capital, and it will form the foundation for a virtual “Bratislava Broadway”.

The poll Dosky – Theatre Awards of the Season has been organised by the Association of Contemporary Theatre, with the AICT Slovak Centre (and SND as host theatre). This year, 36 theatre critics participated.

Some of the awarded performances can be seen – with English subtitles – during the Divadelná Nitra festival, starting September 24.