Admitting refugees: Not if, but when

Tide of refugees sweeping across Europe cannot be halted, only made more tragic by closed borders 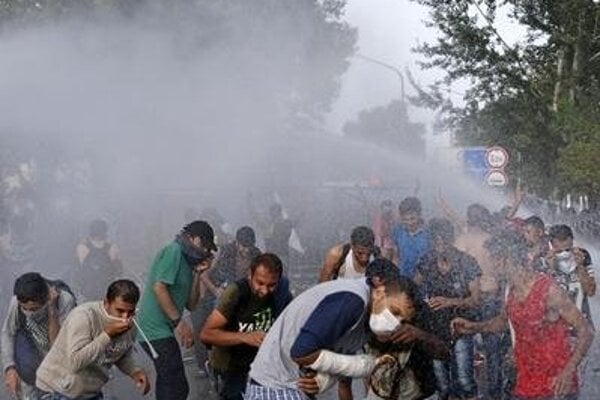 Having been defeated by tear gas, police batons and a fence on the Hungarian border, thousands of largely Muslim refugees are now braving Croatia’s minefields in a bid to claim asylum deeper within the European Union. But with Slovenia and Austria promising stiff border checks and refusing to open a ‘safe corridor’ for the migrants, the scenes of violence and despair at Röszke seem destined to be repeated.

The problem is not merely one of draconian border policy by some EU members; it’s also that the impulses of more benign European leaders like Angela Merkel do not yet reflect real capacities to house, process and integrate the unremitting tide of desperate people. “Croatia can handle thousands of refugees, but not tens of thousands,” admitted Croatia’s Foreign Minister Vesna Pusic on Wednesday; by the following morning, over 6,000 people had made the crossing from Hungary within 24 hours, with thousands more on the way. In other words: compassion is not enough, and while Hungary has been rightfully been condemned for the chilling scenes on its border, those scenes will inevitably be repeated in more humane countries until Europe awakens to the true scale of what is coming, and commits the necessary resources to dealing with it.

What is absurd in all of this is that we all know this exodus cannot be stopped, only made more tragic through ignorance and fear. In Hungary some days ago, two young children were taken to hospital after having been thrown over the border fence from Serbia, presumably by their desperate families. The only thing Europe can do, in the face of such implacable resolve, is to agree a way to process the newcomers humanely and quickly – to repatriate those who don’t qualify for asylum, and to make room for the rest in our wealthy, white, Christian societies, as we are bound to do by our own laws. Beating them, neglecting and rejecting them may placate xenophobic electorates especially in central Europe, but it won’t relieve us of our legal obligations to refugees – unless we are willing to quit the EU and return to the insecurity we thought was finally behind us.

The European Parliament has approved a plan to redistribute 120,000 asylum applicants throughout the EU, something that the Visegrad nations still reject. The decision turns up the heat a notch on leaders like Robert Fico, and further exposes his mendacious claims that 90 percent of refugees are economic migrants, and that the EU “has ceased to be a safe place” due to their presence. What the EU is ceasing to be, thanks to Mr Fico and others, is a civilized, humane place whose privileged members share their blessedly few burdens equally.