The March for Life may become contentious before general elections

THE NATIONAL March for Life in Bratislava on September 20 attracted tens of thousands. Its goal was to amend legislation covering the protection of life and to help pregnant women in a crisis situation, organisers told the TASR newswire. 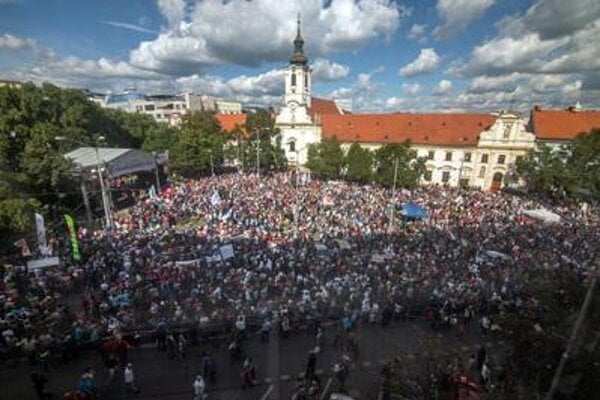 Organised by the Slovak Bishops’ Conference and supported by dozens of Christian organisations, including the Alliance for Family which organised the failed February referendum on family issues, it included a host of events taking place in the downtown capital, also hindering local transport. Participants came from all over Slovakia, and also some activists from the Czech Republic, Austria and Germany announced they would attend, the Sme daily wrote on September 21.

The organisers assessed the number of participants at 70,000 to 85,000 (with the latter figure meaning even the numbers attending a similar march from two years ago was exceeded); but security analyst Radovan Bránik who oversaw the whole event estimated it at 45,000-50,000 for Sme. Organisers expressed satisfaction with both the attendance and the course of the event, according to TASR.

The call for a legal ban on abortions did not resound from the stage, but it was present on of several placards. One of the crucial requirements that organisers posed before politicians was a proposal to limit abortions so that they cannot be done because of the sex of the child, economic or social reasons, the Denník N daily wrote, adding that they also touched on homosexuals, when asking for protection or support and stressing the family defined as the marriage of a man and a woman. 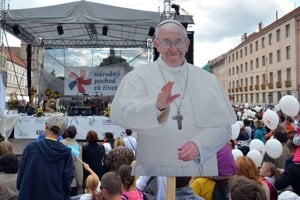 Slovak political and social analysts opined for Sme that – concerning the general election to take place in spring 2016 – this issue can both mobilise and polarise the society (according to Grigorij Mesežnikov) and tempt political parties to use it, as masses in the streets are a strong argument (Sociologist Zuzana Kusá). Social analyst Sylvia Porubänová called it for the daily “kicking out an open door”, in the light of the statistically declining number of abortions, the previous successful March for Life in Košice in 2013, and the failed referendum from this past February.