Kiska challenges scrapping of fees at doctors with Constitutional Court

PRESIDENT Andrej Kiska has asked the Constitutional Court on Friday to examine whether the amendment to fees at outpatient departments complies with the Slovak Constitution because, according to him, it is in conflict with the protection of the rights of patients. 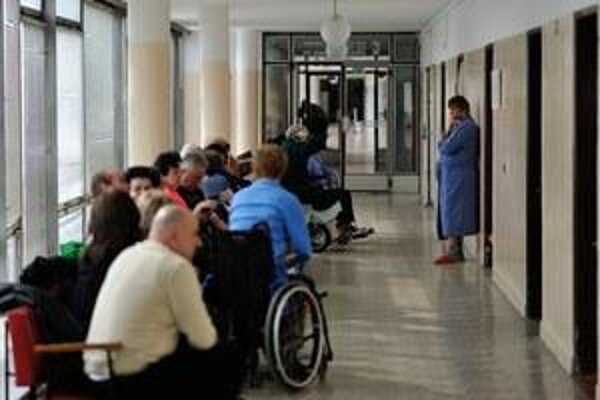 “The law has not provided protection against fees, but quite the opposite, it has triggered a new wave of payments,” said Kiska as cited by the TASR newswire. “Instead of fees being forbidden by the law, health-care providers are still inventing new payments and unfortunately I have to say that the mind of a reasonable person is boggled by this trend.”

Among examples that he mentioned were fees relating to uncooperative children, electronic management, patient transfers and fines for failing to show up for a scheduled appointment. The amounts reach tens of euros.

“I’m convinced that it’s the state’s duty to intervene and remedy such a situation,” said Kiska. “Those fees are simply absurd, and the law, already effective for a few months, may be in contradiction with the constitutionally guaranteed right to free health care.”

This does not mean an absolute ban on fees for health-care services.

“But in order for the right not to remain only on paper the law must be clear, precise and predictable,” said Kiska.

Challenging of the amendment has surprised Health Minister Viliam Čislák.

“I consider the claim to be rather unfortunate because if the court approves of the claim, the whole law will be suspended, and my efforts were aimed at tidying up fees,” said Čislák. “We have created clear rules regarding what fees can be collected for.”

Čislák believes that it would have been more constructive for Kiska and he himself to meet and discuss the law. He thinks that the health-care system isn't in the kind of bad shape that Kiska has already indicated many times.

The law that came into force in April banned the levying of money for administrative purposes, for writing prescriptions and for confirming fitness for work. Preferential appointments were also scrapped.