AFTER more than 20 years Slovakia has not won any medal in individual disciplines at the Canoe Slalom World Championships held in London in mid-September. 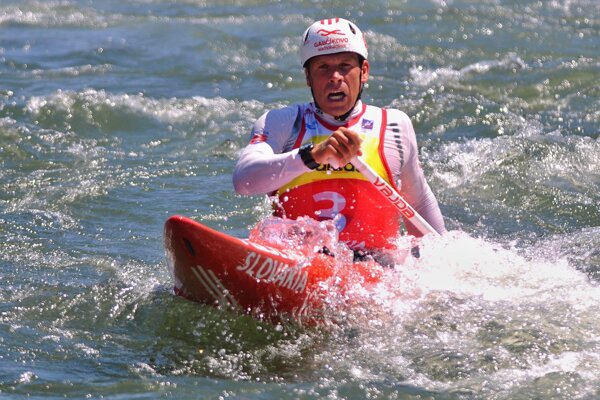 Moreover, successful canoeist Michal Martikán lost the chance to represent Slovakia at the 2016 Summer Olympic Games in Rio de Janeiro. Instead of him, attending the games will be Matej Beňuš, who recorded better qualification results than Martikán and also Alexander Slafkovský, who finished fifth in C1 category in London, the SITA newswire reported.

“Though we have not won any individual medal, we won four Olympic reservations,” Ivan Cibák, head of the Slovak Olympic Committee, told the Hospodárske Noviny daily.

The best results among Slovak canoeists at the championship were reported by Slafkovský and kayaker Jana Dukátová, who placed 6th in her category.

“This championship is a great loss for us though we achieved our goal in form of reservations to Rio,” manager of the Slovak water slalom Richard Galovič told Hospodárske Noviny.

One of the factors why Slovakia is failing to record such good results as in the past is decreasing subsidies into sports. While in 2010 water slalom received some €1.5 million, this year it was only €1.1 million, according to Hospodárske Noviny.

“We think that the state should not behave like this to the sport which has won 12 Olympic medals for Slovakia,” Galovič added.

Similarly to other sport associations, water slalom racers believe that the new law on sports will improve their situation, Hospodárske Noviny wrote.