THOUGH it is preferred that seniors spend the rest of their lives with their families, sometimes it is necessary for them to be moved to social care facilities. 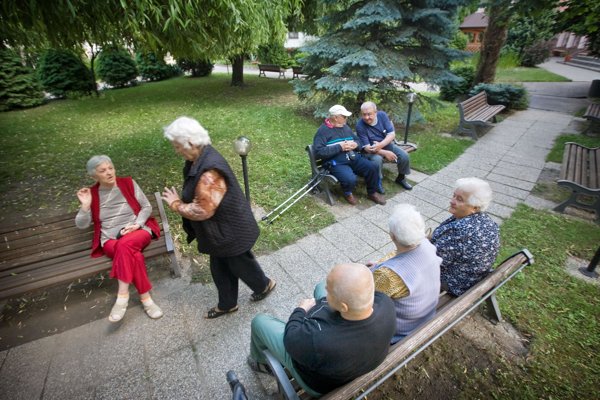 Social care is among the Labour Ministry’s priorities and it has adopted a strategy for it, but providers of social services and nurses working in the field say that current conditions are unsuitable.

The average age in Slovakia increased to 39.6 years in 2013, which is 5.5 years more than 20 years ago. Moreover, there were 45 seniors per 100 children in 1993 and in 2013 it was 88 seniors per 100 children, according to the Demographic Atlas. Predictions for the future are not very optimistic: by 2060 Slovakia will change from one of the EU’s youngest countries to one of its oldest.

Many experts are calling on the government to deal with the issue and adopt strategies to prepare for the rising number of older people. Sociologist Zuzana Kusá says the focus should be on supporting older people’s self-sufficiency and keeping them in the environment they know.

“Self-sufficiency or personal autonomy is for most people the source of their self-respect and sense of dignity,” Kusá told The Slovak Spectator, adding it is necessary to let people die in a place they know and, if necessary, with a person to care of them. “In my opinion, we should invest more into home nursing staff than into institutional care so they [nurses] do not go abroad but stay here.”

Neverless, some older people will have to be treated in social care facilities. These providers, however, face several problems such as a lack of money and a lack of interest by young nurses to work there.

Among the biggest problems social care providers face is financing. Currently, the institutions receive money from municipalities or self-governing regions while the Labour Ministry subsidises only certain social care services.

Every facility receives from the ministry €320 per senior every month. Since the number of seniors is increasing (similarly to the number of facilities for these seniors and their capacities), the amount of money allocated by the ministry is rising, said Labour Ministry spokesperson Michal Stuška.

In 2015 the ministry allocated funds for 421 facilities, of which 168 were public and 253 were private, Stuška added.

Social care providers, however, disagree with the current method of financing. In October 2014 the Association of Social Care Providers organised a protest march in Bratislava asking the state to deal with the problem.

“Financing social care is, even after six years, an unsolved problem since the law missed the 60-day period during which a municipality has been obliged to secure social care,” said Milada Dobrotková, chair of the Association of Social Care Providers, as quoted by the TASR newswire.

In early July, nine private social care providers protested against the unwillingness of the Labour Ministry to solve financing problems. According to the providers, the ministry refused to discuss a proposal from a working group about how to change the financing method and warned that some facilities may even be closed.

“The whole social department is under-financed,” Dobrotková said, as quoted by TASR.

Though Slovakia promised when it joined the EU to provide social care free of charge, Dobrotková says that it does not do so, adding that some providers wait nearly 10 months for the state subsidy and many do not receive it at all. 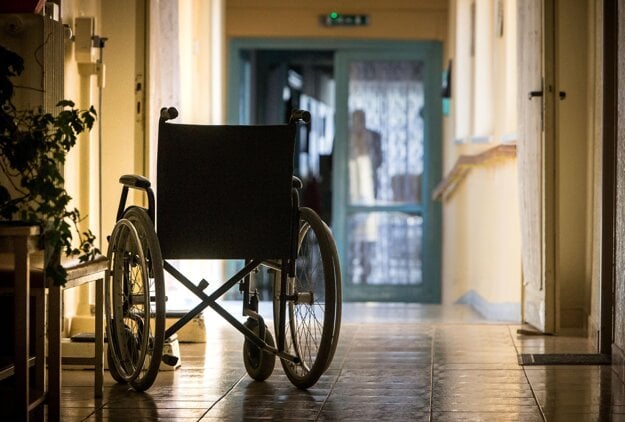 Young nurses are not willing to work in social care facilities. (Source: SME)

Nursing care reimbursement only for a few procedures

After years of negotiations, parliament adopted an amendment to the law enabling social care facilities to receive reimbursement for a total of nine nursing services provided in social care facilities, including treating bedsores, re-bandaging wounds, or administering infusions. The law became effective in July 2014.

Margita Kosturíková, deputy chair of the Slovak Chamber of Nurses and Midwives (SKSaPA), considers it “sad” that the ministry defined only nine services. In addition, she added, these are the least-performed services as shown by a recent survey conducted by SKSaPA and the Labour Ministry.

“Both the Health Ministry and the Labour Ministry consider this amendment a great success,” Kosturíková told The Slovak Spectator. “We were also glad at the beginning as we perceived the amendment as a first step towards legalising nursing care in Slovak social care facilities. But we were wrong.”

She stressed that the decision to reimburse for the treatments is only voluntary and not mandatory as it had originally been proposed by the Labour Ministry. Since there is a minimum network of health-care providers and there is an existing network of providers offering nursing care at home, the insurers do not have to sign a deal with a facility even though there are clients who urgently need help, Kosturíková added.

The state-run health insurer Všeobecná Zdravotná Poisťovňa has so far received 14 applications, of which it already approved nine, its spokesperson Petra Balážová said.

Both private insurers in Slovakia, Dôvera and Union, confirmed an interest by social care facilities to sign a deal on reimbursing nursing care. According to its spokesperson Judita Smatanová, Union is currently holding talks with three applicants but no deal has yet been signed. 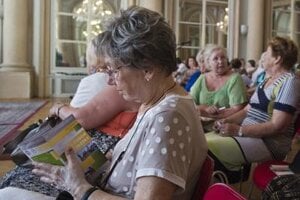 Some facilities fail to meet conditions

The intent of the new law was not to transform social care facilities into medical ones but rather to enable reimbursement of nursing services for selected institutions, explained Stuška.

The health insurers addressed by The Slovak Spectator, however, stated that several applications have lacked necessary documentation, including information about staff and equipment.

Both private health insurers say they have more agreements with those facilities that use the services of agencies providing nursing care directly at seniors’ homes. The private health insurer Dôvera has these contracts with more than 140 providers, said its PR specialist Matej Štepiansky.

Despite the criticism of some social care facilities, the Health Ministry does not plan to change the rules, its spokesperson Peter Bubla said.

Another problematic area is the status of nurses in these facilities. The work in one of these facilities is difficult as a general practitioner is not always present and the nurses have to rely on their own skills. Thus, their work is often both physically and mentally demanding, Kosturíková said.

She disagrees with a claim that has emerged in recent years that only nursing staff are needed in these facilities, explaining that this is not sufficient based on the composition and condition of patients. She said a practice has developed that when a qualified nurse retires, the management of the facility hires only nursing staff, arguing that qualified nurses are not needed and they are too expensive.

Some facilities have reclassified qualified nurses as medical attendants or nursing staff, which resulted in lower salaries though they still do the same work as a qualified nurse, Kosturíková said, adding that sometimes nurses and nursing staff are also required to handle tasks that they are not qualified to do.

Though the law on social care requires there should be 60-65 percent professional employees in a facility, it does not specify how many workers from various categories should be in the facility, Kosturíková said, noting that it often happens that there is only one nurse per 100 clients and then the nurse cannot do her job properly.

Interest by nurses in working in social care facilities has been falling, Kosturíková said, listing the main reasons as large responsibility, too much work, an inability to discuss problems with a doctor and low salary.

“It is very hard to hire a nurse for a social care facility now,” she stated, adding that young nurses do not want this kind of work and those who are now working in these facilities are gradually retiring.