SLOVAK doctors implanted a modular telescopic endoprosthesis into a patient for the first time ever. 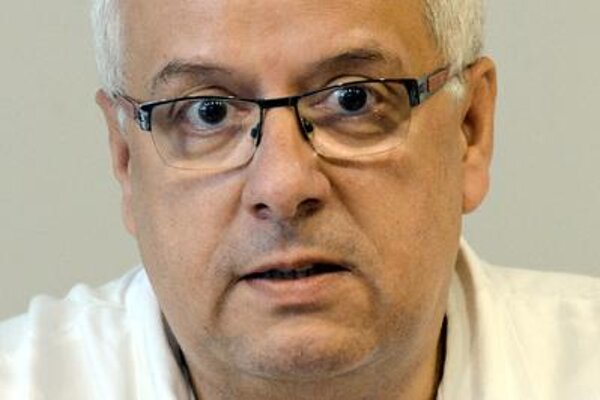 This kind of implant can replace a bone and its advantage is that it can be made longer by attaching a signal generator, meaning that the patient does not need to undergo regular surgeries.

The new endoprosthesis will be very appreciated by patients whose bodies are still growing and need to regularly extend the length of their substitute bone.

Milan Kokavec, the head of the Children’s Orthopedical Clinic of Comenius University’s Medical Faculty and the Children’s Teaching Hospital Bratislava, and Andrey Švec, the deputy head of the Orthopedic-Traumatologic Clinic of Comenius University’s Medical Faculty and University Hospital Bratislava, presented the successful surgery that was performed in mid July on Jakub, aged 13. The teenager was diagnosed with a bone tumour in March 2015 in the aftermath of a skating fall.

“We try to make preserving surgeries for bones – we shifted from radical limb amputation to surgeries preserving them,” Kokavec explained about the policies of his department, as quoted by the SITA newswire. “We decided for a resection of the tumour and a replacement with an endoprosthesis.”

The expert and his team have eight years of experience with mechanical expandable endoprostheses, whose disadvantage, however, is that they can only be made under total anaesthesia. A young patient who is still growing then has to undergo an expanding surgery once a year. So in the case of Jakub the doctors decided not to use a mechanical prosthesis, but rather a new type of implant with a small, built-in motor.

“The expansion is made on an electro-magnetic basis; a special device sends the signal to an antenna and about 30 impulses extend the prosthesis by approximately one millimetre,” Kokavec explained. “It can be extended up to 8 to 10 centimetres. After some time, we start extending it and we should finally achieve the same length of the limb as before the surgery.” He added that Jakub’s stitches were removed and his surgical wound is healing well. “He can bend his knee up to 50 degrees, he exercises on a motorised splint, has no fever, and should be able to walk without crutches in maybe three months,” the doctor summed up.

“Considering his grave illness, he is fortunate to have gotten such an implant and to have managed such a surgery without complications,” Švec said, as reported by SITA.