THE NOBEL Prize has an ironic counterpart, bestowed annually by the satiric magazine Annals of Improbable Research for the most useless and most absurd research or invention, and Slovak scientists were among the winners this year. 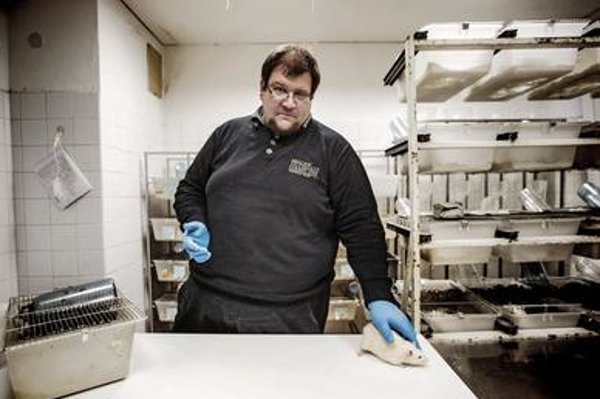 Jaroslava Durdiaková and Peter Celec attended the September 17 ceremony in the Sanders Theatre at Harvard University. Though this was the first time for a Slovak winner, last year Czech Professor Jaroslav Flegr received the prize — meaning they were not pioneers for central Europe as a whole.

The award wining came as a side effect of other studies – “as almost all the projects awarded”, Celec said.

“We were searching for the DNA of an embryo in saliva of pregnant women; and were surprised to find that some women who had female embryo, there was DNA from a male chromosome,” the molecular biologist added. “We wondered the reason, and when excluding technical contamination, we came upon the idea that it could be the consequence of a kiss with partner before the sampling. So we launched a small, but important experiment.”

The main discovery is, according to Celec, that DNA of a man can be found in saliva of a woman even one hour after the kissing; and it is probable that the DNA transfer will work also the other way round. This means that this is a crucial source of contamination for many studies that use DNA from saliva and aim to study genetic predisposition to various diseases. These results can also have a meaning in forensics, when kissing can be used for identifying persons is the saliva sampling is done quickly enough.

“My then graduate student and the first author of a related article, Natália Kamodyová, were just married– so it has been successful research,” Celec told the daily Sme.

Among the other winners, Chilean researchers compared the assumed walking style of dinosaurs with their current descendants – birds. Other winners included those who invented a chemical recipe to partially un-boil an egg; testing the biological principle that nearly all mammals empty their bladders in about 21 seconds; discovering that the word “huh?” seems to exist in every human language; discovering that many business leaders developed in childhood a fondness for risk-taking when they experienced natural disasters that had no dire personal consequences for them; offering to pay policemen extra cash if the policemen refuse to take bribes; trying to use mathematical techniques to determine whether and how Moulay Ismael the Bloodthirsty of Morocco managed to father 888 children; determining that acute appendicitis can be diagnosed by the amount of pain evident when the patient is driven over speed bumps; creating the Schmidt Sting Pain Index, which rates the relative pain people feel when stung by various insects; and carefully arranging for honey bees to sting scientist repeatedly on 25 different locations on his body, to learn which locations are the least and most painful.

“Even Einstein, when considering the relativity theory, did not ponder that we today are having GPS in mobile phones,” Celec opined. “Science cannot be planned in such a way.”

He added that they received the satirical prize from five true Nobel laureates, and that they had also a lecture at the MIT with a very positive response.

“Results of many scientific projects – not only ours – seem useless and needless, maybe even funny at the first sight,” Celec summed up for Sme. “But that’s exactly why first sight is not enough.“