THE CASTLE chapel at the Krásna Hôrka Castle regained three bells after the original ones were destroyed by the 2012 fire. 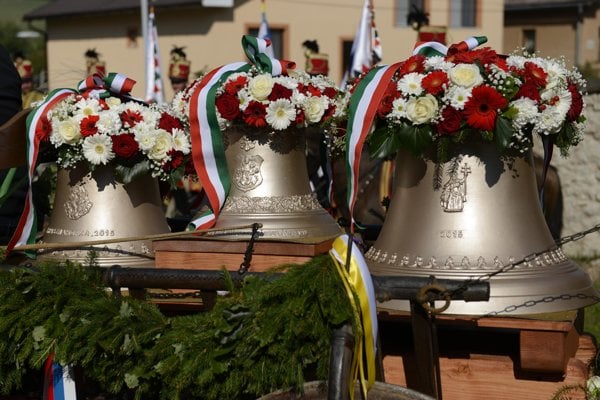 The devastating fire on March 10, 2012, melted the bells to the point that the two smaller ones became lumps of bronze with a clapper and from the biggest one remained only the ring and the clappers, Judita Krajčiová of the Museum Betliar – which operates the castle – informed the TASR newswire.

The original bells were first mentioned in 1784, and newer documents from 1812 state that the biggest bell (weighing about 250 kilograms) was dedicated to St. Stephen; while the middle one, weighing approximately 130 kg was dedicated to Sts George and Joseph. The smallest one, the death bell (with 70 kg), was dedicated to the Virgin Mary. They used to announce both happy and sad news from the life of the castle, owned by the Andrássy family, and later also spread news from the inhabitants of the settlements under the castle. They all were used without problems until the 2012 fire.

The bells were destroyed beyond the point of reconstruction, so craftsmen from nearby Krásnohorská Dlhá Lúka organised fundraising to build new bells, as did the municipalities of this village and of Krásnohorské Podhradie – as well as their partner municipalities from Hungary (Ibrány) and Romania (Csíkszentkirály), some local associations, the Gombasek Sumemr Festivla, and the Female Wine Knights’ Order from Hungary.

The bell-founder to make the three bells also comes from Hungary – Miklós Gombos from Őrbottyán. 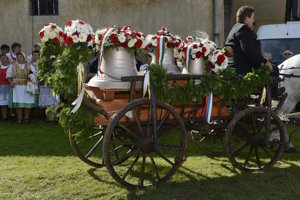 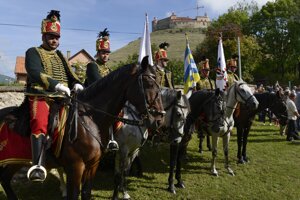 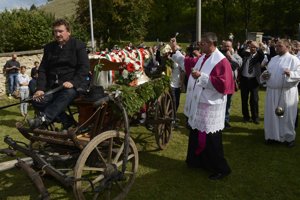 The bells were blessed festively on Sunday, September 13, and the ceremony included masses in Slovak and Hungarian and a blessing in the garden of All Hollows’ Church in Krásnohorské Podhradie, from where they were brought to the castle.

On September 16, the bells resounded for the first time.