THE SLOVAK PARLIAMENT passed a legislative amendment on eGovernment on September 23. The bill was submitted by the Finance Ministry andleads to significant changes in three areas. 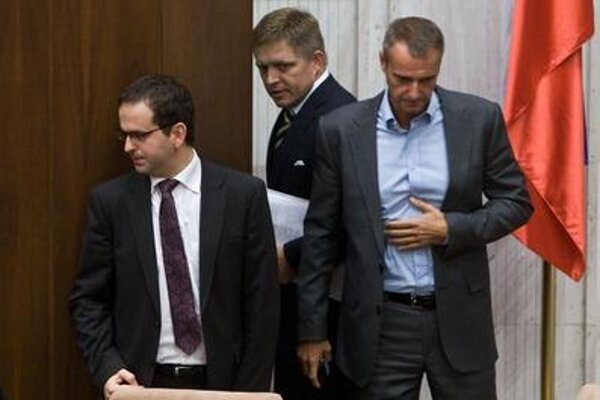 The first change to be introduced by the so-called electronic government bill concerns the conditions and methods of identification and authentication of individuals via computer. The draft bill has been aimed at making the legal norm more precise and to supplement it so that the rules of identification and authentication are applied exclusively to public administration, and thus prevent any contradictions in interpreting it, for example for use in internal communication between public administrative bodies, the ministry explained, as quoted by the TASR newswire.

The move will result in the introduction of authentication certificates and a central authorisation register, it added.

The second change concerns payments to public administration bodies which it should make easier; for example, by scrapping the accounting and pairing of payments. Changes are also going to be made with respect to registers. Source registers will undergo a change, while data referencing will also be amended.

Legislators also accepted an amending proposal drawn up by MP Róbert Madej of the ruling Smer party regarding discounts (of 50 percent) on fees for judicial administration when these are processed electronically. This aims to increase electronization (the process of moving from paper-based to digital systems) in Slovakia, with every ordinary citizen attracted to submit electronic applications by being offered a discount, according to Madej. The deputy added that many companies like banks, building societies and non-banking financial institutions do not require such a discount because they are bulk-buying claims and bulk-reclaiming them in the courts, often in an unsubstantiated, unlawful and bullying manner. To prevent this, every petitioner will have the right to submit five claims a year to a particular court with a 50-percent discount.