A TOTAL of 18 embassies, plus the Representation of the European Commission in Slovakia, have voiced their support for the respect for universal human rights and their commitment to advance the human rights of all persons in a joint statement published on September 23, before the Pride March organised for the coming weekend by the LGBTI community. 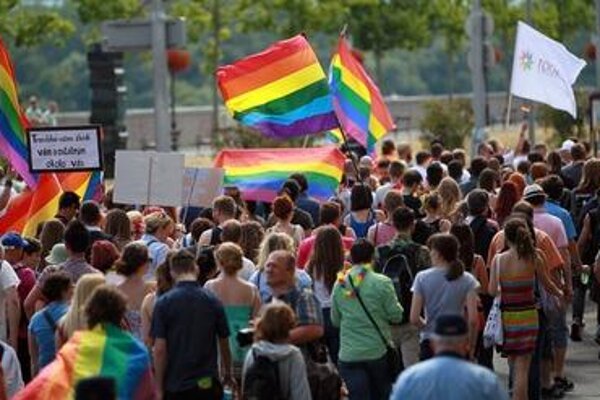 Their statement also referred to the principles of the Charter of the Fundamental Rights of the European Union which includes the prohibition of discrimination on the grounds of sexual orientation. “Among the fundamental rights of any EU citizen, including LGBTI persons, the Freedoms of Speech and Assembly, including the right to assemble in pursuit of a common cause, have a crucial role,” they wrote, adding that they unequivocally support the rights of LGBTI and non-LGBTI persons to march together without interference during the upcoming Pride March in the eastern-Slovak city of Košice on September 26. The ultimate aim of the march is to demonstrate that all members of a society are valued and respected.

The embassies – of Australia, Austria, Belgium, Croatia, Denmark, Finland, France, Germany, Ireland, Luxembourg, Malta, the Netherlands, Norway, Spain, Sweden, Switzerland, the United Kingdom and the United States of America (in alphabetical order) – expressed their support for the rights of Slovak citizens to peacefully assemble anywhere in the country on the issues they hold dear and their recognition of the efforts of the Slovak authorities in ensuring that fundamental rights are protected for everybody, including the LGBTI community, as set out in the recently adopted Human Rights Strategy, while acknowledging the difficulties still faced by the LGBTI community.