SEVERAL precious items have been discovered by archaeologists during the construction of a sewage system in Rusovce, a suburb of Bratislava. A unique belt made of pure silver dating back to the 2nd-4th centuries AD is of unique value with a historical value beyond measure, said Archaeological Agency general director František Žák Matyasowszky. 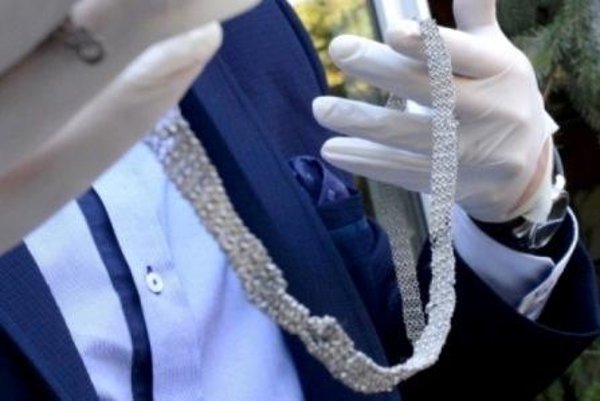 “There’s no other item like this,” he told a press conference on September 22, as quoted by the TASR newswire. “We believe that this belt once belonged to a lady, and since the goldsmith work in question is of cutting edge expertise, the lady probably belonged to a high class of society.”

Another precious find contains two rings. “One, made of bronze, was likely a woman’s ring, whereas the other one might have been crafted for a child,” Matyasowszky said. “It has a small white disc in the middle, depicting a gladiator or warrior.” These items also must have belonged to rather wealthy owners. In total, the archaeologists found 245 precious artefacts on Maďarská Street in Rusovce. "Mostly jewellery, coins and clothing buckles,” Archaeological Agency director added. He also said that what made this discovery so unique was the fact that it contained so many jewels, as in other places mostly shards are found. 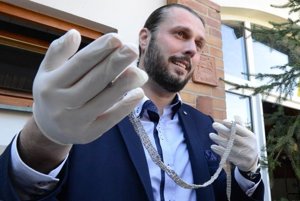 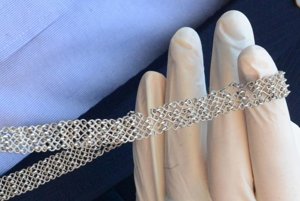 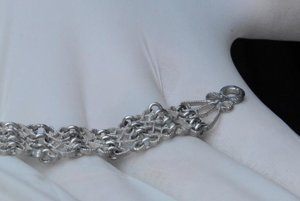 A dig aimed at saving and preserving the antique items was launched in September 2014 in parallel with the construction of sewage pipes. In February, the board of directors at Bratislava Water Management Company (BVS) suspended construction work. “The reason was that we did not know by how many thousands of euros the project costs would soar due to archaeological research and other complications and whether there would be anyone to pay this,” BVS general director Stanislav Beňo said, according to TASR. “At this point, the unexpected expenditures equal €100,000.” Beňo added that the BVS board of directors has already green-lighted the completion of the construction work, which is slated to resume next week.

The 2nd-century Gerulata Roman military camp was located in what is now the borough of Rusovce. It formed part of the Limes Romanus fortifications and belonged to the Roman province of Pannonia. It was deserted when Roman legions were withdrawn from Pannonia in the 4th century AD.