ANASOFT Litera is a literary prize annually bestowed by a private IT company. This year, prose writer Veronika Šikulová won it for her fiction book recalling her recently deceased mother, Medzerový plod, the title of which is a humorous play on words. 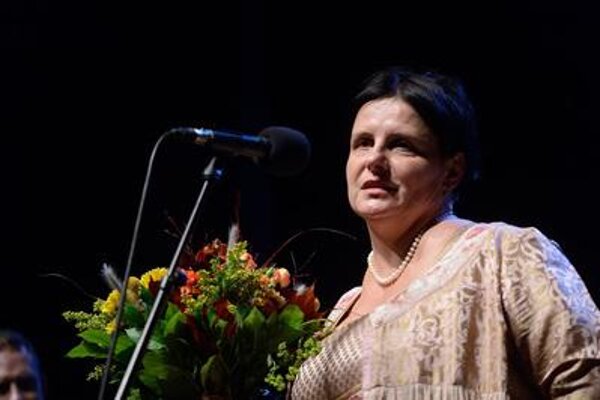 “It is a very intimate narrative about family, death, marriage, children, sadness and ageing It also describes how the writer felt while writing and what questions she asked herself,” Šikulová told the TASR newswire after the awarding ceremony on September 23, at the DPOH City Theatre. She added that for her, the book is very important but no more important than others.

The award is given annually to a Slovak fiction author, or for a translation of a fiction written by a Slovak citizen, TASR wrote.

Her book (published by Slovart publishing Ltd) was selected from among 188 other works that were released last year, out of which ten finalists were chosen. The jury composed of reviewers, literary theoreticians, authors and journalists (Adam Bžoch, Marek Debnár, Valerij Kupka, Zora Prušková and Ivana Taranenková) selected the winner. Prušková explained that it was the personal human story combining autobiographical moments, the leitmotif of her mother dying but retold to readers in a literary very attractive way.

The readers prize went to Peter Balko with his prose Vtedy v Lošonci. Via Lošonc, published by Koloman Kertész Bagala.