“I WOULD rather go into infringement procedures than accept this dictate,” Prime Minister Robert Fico said in reaction to the adoption of refugee quotas by a European Union qualified majority vote that came despite Slovak opposition. 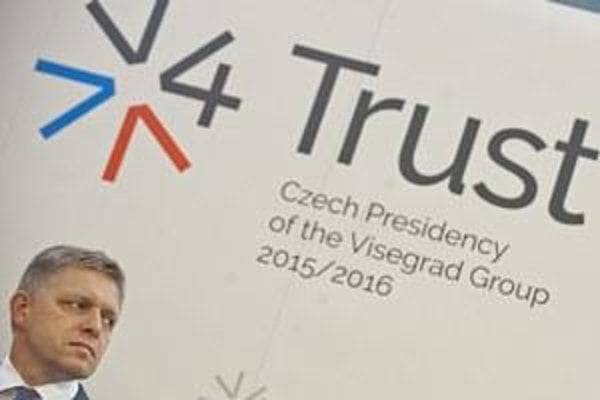 Fico, who predicted that the plan will finish with a debacle, later confirmed, speaking to the parliamentary European affairs committee ahead of the summit on September 23, that Slovakia will file a lawsuit against the European Union . Only Slovakia, Czech Republic, Hungary, and Romania voted against the introduction of mandatory quotas.

Based on the scheme passed by the interior ministers in Brussels on September 22, Slovakia will be required to receive 802 refugees, of which 190 should come from Italy and 612 from Greece, Andrej Králik from the European Commission (EC) Representation in Slovakia specified. The quota is calculated based on the size of the country’s population, its GDP, the number of asylum requests in the recent five years, and the unemployment rate.

In the second year of the scheme, other 54,000 refugees will be redistributed around the EU, either from a country that will be facing the greatest influx of refugees, or alternatively from Greece and Italy. Slovakia’s share would then be 656 refugees.

After both Fico and Foreign Minister Miroslav Lajčák, suggested Slovakia will defend itself using legal means, the prime minister confirmed on September 23 that the Slovak government was filing a lawsuit against the EU at the European Court of Justice.

Slovakia will voluntarily enter the infringement procedure. By doing so, it will not only protest against the quotas but will also influence the further functioning of the EU, Fico noted as reported by the TASR newswire. 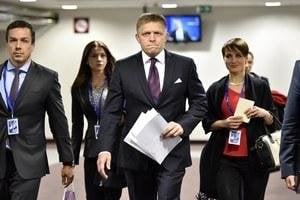 The new moment in the EU is that such an important decision was passed with the qualified majority, which means that all countries which disagreed with the proposal, including Slovakia, were outvoted, Lajčák said.

“This is not the way how the EU usually communicates. We will see what this will mean for EU unity and the atmosphere in the EU,” he said, as quoted by TASR.

Following Poland’s vote in favour of the quotas, contrasting with other members of the  Visegrad Group (V4), some observers have suggested that the regional grouping might be facing a major crisis.

But the V4 prime ministers got together ahead of the meeting of heads of state or government on September 23 in Brussels and issued a joint statement in which they once again stressed that the EU should turn its attention to “the root causes of migration flows”. The EU should particularly focus on protection of its external borders, adoption of a common list of safe countries of origin, more effective return policy, hotspots, fight against smugglers, and “more active engagement in solving the situation in Libya, Syria, and the Middle East.

None of the countries that voted against the quotas with Slovakia however plan to join Fico’s government in the attempt to sue the EU over the scheme.

“I don’t want to further escalate the tension by (court) charges,” Czech Prime Minister Bohuslav Sobotka said as quoted by Reuters. “You can stretch the rope only to certain point, then it frays.”

Europe must not fall apart because of the migration crisis, Sobotka said.

Romania, which is not part of the V4, also won’t follow Slovakia’s example.

"The decision has been made," Romanian Prime Minister Klaus Iohannis said as quoted by Reuters, adding that his country is able to take in the number of refugees the EU is planning to send its way.

Observers of the local political scene agree that the upcoming parliamentary elections might be behind the persistent refusal of quotas voiced by Slovakia’s one-party government.

“[Slovakia’s leaders] decided to follow their interests in local politics,” analyst Milan Nič from the Central European Policy Institute (CEPI) said in an interview with the Sme daily, while suggesting the country will pay a high price for that.

“It is not about refugees anymore, but rather about our vital interests and position in the EU,” Nič said. According to him, Slovakia will feel the consequences of its conduct in its relations in Brussels and particularly with Germany, and this is not a good starting point for Slovakia’s presidency in the second half of 2016.