SLOVAK cabinet approves investment incentives for three investors at its September 23 session which in total equate to more than € 7.7 million. 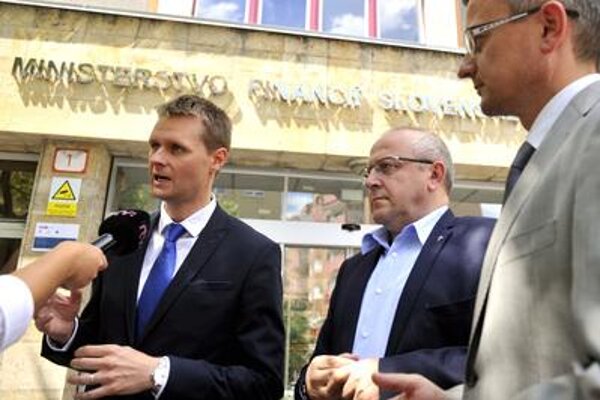 The Ministry of Economy has also proposed to provide investment incentives to a total of more than two dozen companies, the TASR newswire wrote.

The three firms already receiving the incentives are Nemak Slovakia, Konfektion E SK, and Sisme Slovakia. Thanks to these investment incentives in the form of income tax relief and subsidies for acquisitions of tangible and intangible assets, 552 new job opportunities will be opened in Slovakia, the Pravda daily wrote.

“Previously, I  had mentioned that the ministry has projects of more than 15 companies in the drawer, and this pool keeps expanding; as ever, more and more companies ask for investment aid,” state secretary at the Economy Ministry Rastislav Chovanec said, adding that every two to three weeks, three or four projects will be tabled, so that by the end of 2015 about 20 more investment projects may be approved. However, he refused to specify the total value of investment incentives involved.

The opposition Christian Democratic Movement (KDH) rejoices about the “people who get jobs, but... we ask how do the people who lost their jobs due to increase in taxes and levies feel? How can those employees, whose employers do not increase their salaries feel because of excessive taxes? And what about self-employed and entrepreneurs whom government is not willing to help, even in fight against those who do not repay invoices to them?” asked deputy chair of KDH for public finances, Miloš Moravčík, as quoted by TASR. “It is not apt to boast with investing a few millions for a couple of chosen companies in a time when the rest of employers and their employees suffer from hard conditions,” he summed up.