THE SUCCESS of Kia Motors Slovakia was repeatedly mentioned at an anniversary reception held by car manufacturer Hyundai that took place in Brussels on September 23, the TASR newswire reported. 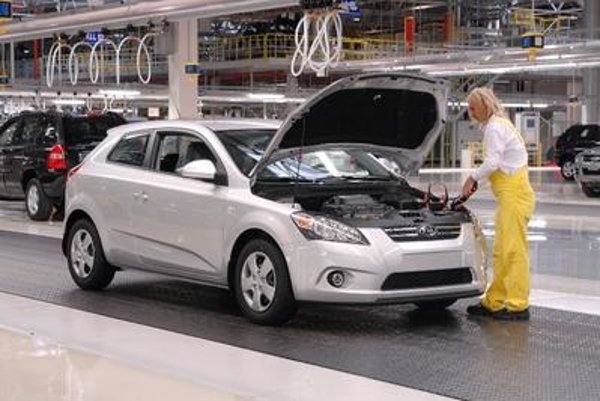 “It’s an honour that we can boast of our successes and that we can present them at such an event,” said head of Kia Motors Slovakia’s PR department Milos Ondruš, as quoted by TASR.

In an interview with TASR he noted that the company is doing fine economically, which can be supported by the fact that it is the biggest corporate taxpayer in Slovakia. He added that the company currently has around 3,800 permanent staff and under an agreement with contracting companies employs another 10,000-11,000 people in Slovakia.

“We’ve also recorded growth in sales within Europe and exports to new markets. Altogether, the factory in Slovakia exports to 76 countries,” Ondruš said, as quoted by TASR.

The sales of the Korean manufacturer in Slovakia are primarily oriented towards the European market, the biggest partners being Great Britain and Russia, both with 14 percent of total exports. They are followed by Spain (10 percent), Germany (8 percent), Italy (7 percent) and Poland and France (both 4 percent).

EU sanctions against Russia have had an impact on the automobile industry, with a global decrease of around 30 percent recorded, admitted Ondruš.

“We were impacted as well. [Our] year-on-year drop in exports to Russia stood at 27.5 percent,” he told TASR.

With respect to employment in the sector, most of the problems relate to a lack of a qualified and skilled workforce in specific fields such as the maintenance of high-tech equipment and production robots, working with press machines and engine production, noted Ondruš.