We have to help on both sides

There are no easy answers to the migration crisis. Migrants need help, but simultaneously it is necessary to deter people from attempting the perilous journeys to Europe. 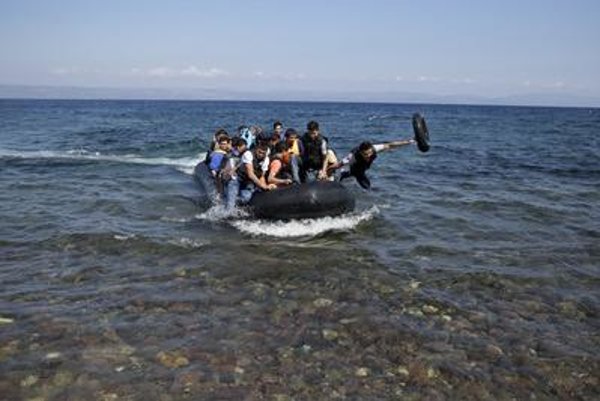 WE have been witnessing distressing scenes over the summer – seeing men, women and children taking extraordinary risks striving to reach Europe, some by rickety vessels over the sea, others by land and on foot. And yet they continue to come with an estimated 5,000 migrants landing in Greece each day.

The migration crisis is clearly the biggest challenge facing countries across Europe today. These people came from different countries under different circumstances. Some are economic migrants in search of a better life in Europe; many are refugees fleeing conflict. It is vital to distinguish between the two.

Britain wants to help the refugees, just as we have done so proudly throughout our history. But as British Prime Minister David Cameron said, in doing so, we must use our head and our heart by pursuing a comprehensive approach that tackles the causes of the problem as well as the consequences.

So what is the UK doing to help address the migration crisis in Europe and, in particular, to help the thousands of refugees who are fleeing Syria?

Britain is the only major country in the world that has kept the promise to spend 0.7 percent of our GDP on aid. We are already the second largest bilateral donor of aid to the Syrian conflict. Our total contribution is over €1.5 billion. That is the UK’s largest ever response to a humanitarian crisis. The vast majority of Syrians who have fled to neighbouring countries are being accommodated within Turkey, Jordan and Lebanon. We are focussing our support on refugees remain in those countries in the region, and supporting the host countries to accommodate them.

The British Prime Minister has announced that we will resettle 20,000 Syrians in need of protection over the next four years. These refugees are from the camps in the region as we want to take the most vulnerable but also deter people, of any age or wealth, from attempting the perilous journeys that have already led to so many tragic deaths; and it helps to break the business model of the callous criminal gangs preying on human misery in this way.

The Extraordinary European Council last week, whilst difficult, agreed several priorities aimed at stemming and managing migrant flows and at the same time supporting refugees in the neighbouring countries around Syria. There are no easy answers, but we must intensify our efforts to deliver a comprehensive solution to this migrant crisis.