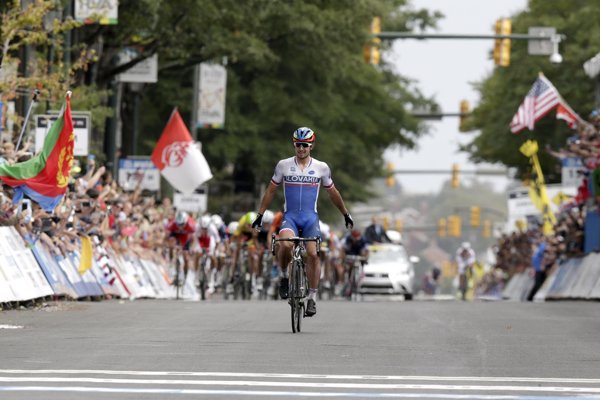 Sagan launched a brilliant solo attack 2.5 kilometres from the finish to claim the rainbow jersey, winning the historic gold for Slovakia. Sagan managed to hold off the other medal winners, second place Michael Matthews from Australia and third place Ramunas Navardauskas of Lithuania.

He was able to ease up and enjoy the moment as he crossed the line comfortably clear of his competitors.

“I think this is my biggest victory and I am very happy because I made a lot of sacrifices these last three weeks after the Vuelta,” Sagan said in an interview for the Eurosport channel. “I am very happy for this moment.”

He also said that one of his motivations was the current unpleasant political situation in the world. He called on people to change the world together.

Sagan’s victory came after a long series of placings and disappointments in the first part of the season.

“Today I was just waiting and waiting,” Sagan continued. “I had my brother with me and my teammates were always with me. If something happened they where always there. It was a little bit crazy during the last laps, and I thought everyone had to be tired. I gave everything on last cobblestone climb and then it was full gas until the finish.” 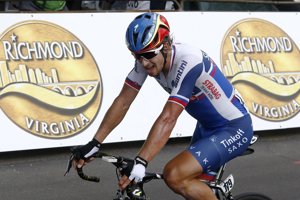 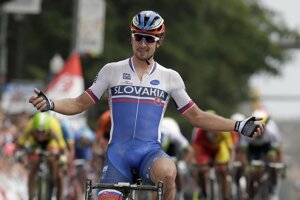 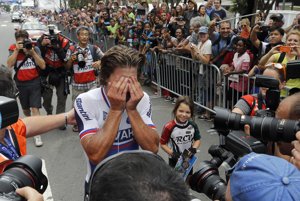