How a youth from Košice has learned 19 languages

ONE very popular viral video on the Internet was seen by 400,000 people in three months. It does not show a typical “viral” scene, like, for example, Donald Trump running around naked. Rather, in it a young man from Košice speaks in 19 languages – and some of them with such a good accent that even native speakers think he comes from their country. 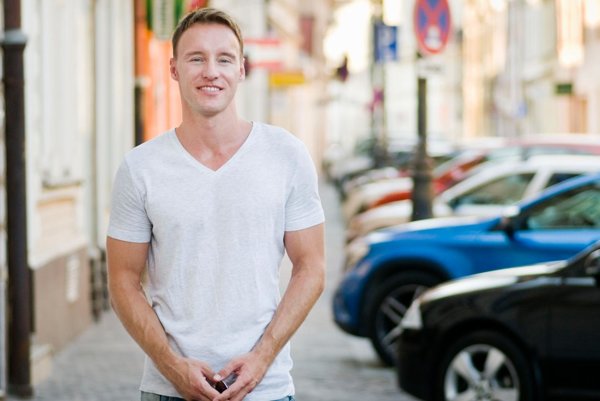 The secret of mastering a language lies in something different, Vladimír Škultéty, aged 33, said for the Sme daily. He explains that he learned his first foreign languages as a child; when he was still learning to speak, his mom left for Africa for some time and found him a Hungarian-speaking nanny. After she returned, she found that her son had learnt a bit of this language, so she enrolled him to a Hungarian nursery school in Košice so he wouldn’t forget it.

Later, he used to visit his aunt in the USA – every summer between the age of eight and 18. He went to summer camp with American children, watched American cartoons, and “young children take it all up very quickly; I learned English practically in one summer”. He also learnt some Czech passively – as did many Slovak children from TV and books.

The next language was German, Škultéty described for Sme. He started learning it in fifth grade, but was not very good at it at school. His mum paid an old German lady living in Košice to give him lessons. “She was excellent, and she taught me German really well. After one year, I went for the summer to an Austrian family who had sons my age, and I immediately started communicating in the language,” the polyglot says. “So one could say that by aged 13, I spoke five languages almost on the level of a native speaker.”

He adds that his motivation was mostly competing with friends at school; when he became so good that it was not possible to beat him, he somehow lost motivation and stopped learning foreign languages altogether. “I regained interest only when studying at college, when I met people who spoke other languages and it caught my interest again.” Škultéty studied international relations at a college in Banská Bystrica, and later studied Chinese language in Prague.

Chinese was a challenge, as he wanted to learn a really difficult language, the polyglot says. He also allegedly wanted to check whether he was really talented, or had just had the luck to have learnt foreign languages as a child – and thus quite easily. Previously, he had spent some time in Italy with the Erasmus project, but he says Italian was quite simple to learn, thanks to the knowledge of Slovak and English – “grammar is slightly more difficult, but you already know many words, and some can sound at least a bit familiar”. He describes that when he arrived in Italy, he bought The Old Man and the Sea by Hemingway and read it with a dictionary, trying to capture some new vocabulary. “I tried to decipher the foreign language as some kind of logical puzzle, writing notes directly into the book, making arrows and connecting the same or similar grammar constructions, striving to find clues. I also listened to the radio and talked to roommates,” the Košice native said.

In Italy, he met a man who, like him, loved foreign languages and was learning Arabian, Finnish and Japanese, and who asked him why he had not yet mastered any really difficult, exotic language. “To be honest, I had never thought of it, as you simply do not get such languages in Košice,” Škultéty explained. “There are no textbooks here, and you do not find anything in bookshops, either. After returning, I decided to learn Chinese. Besides this, I also learned Romanian, Portuguese and Persian, or Farsi.” He adds that the motivation for learning Romanian was a single rap-music hit that he liked.

The polyglot said that Mandarin Chinese, which is considered the official language and is the one taught abroad, is really just a northern dialect among many local languages or dialects of Chinese (Canton, Taiwanese Chinese, etc.). He mainly learned Mandarin, but also learned some Cantonese and Taiwanese Chinese as well.

As to the best way to learn a foreign language, Škultéty recommends listening to talks – or even monologues – on Youtube, where colloquial language is used. He uses mnemonic tools to remember words, practices pronunciation by reading aloud, and exercises speech by interpreting both to and from the language. Of course, this goes only for the “easier” languages to learn, like Serbian, Polish or Portuguese “where I already know 80 percent of the grammar”. The Košice man also learned Farsi, not only because he loved the way it sounded in a film with Collin Farell, but also because it was an Indo-European language by structure, and with many Arabian words. He thought that if he later decided to learn Arabian, it would be easier thanks to Farsi.

“People often get lost in various grammar exercises or tests when learning foreign languages,” the Slovak polyglot opines. “But it is like learning to play a guitar. You can read a lot of theory, master reading scores, listen to guitar music, but you have to, first and foremost, play a lot yourself. The same goes for languages - talk, talk and talk, as much as you can.”

Škultéty says that he likes languages - “otherwise it is not possible to learn them, you miss the motivation.” He also tries to combine his love for languages with his career – he is an interpreter of English and Chinese, and would like to get a job in diplomatic services. He has lived for longer periods of time in nine countries – trying to work or study, apart from language courses, and some of these countries use the languages he is best at; he even dreams in them. Apart from Slovak, these are English, Chinese, Hungarian, German and sometimes Russian. His favourite languages, however, are Russian, Farsi, and Canton Chinese.

As for a method of learning, he says that for beginners it may be good to attend a course – although he himself prefers self-study and going at his own pace. For an advanced learner, however, he sees self-study courses like Assimil as the best, or studying Youtube – and talking, talking, talking.

However, the hardest thing is not to learn the language, but to keep it at a good level of usage over time. “If you play 20 instruments but you do not practice daily, you gradually lose them,” he says. “It is the same with languages: the hardest thing is to keep them alive.”

In learning languages, there is an “epiphany point”, Škultéty explains – a point when “it clicks”, like when you learn to ride a bicycle and suddenly it happens, as if by itself, you no longer need training wheels, you can control the two big wheels. You will never forget it. This point exists probably in every thing learned, not just languages. When you stop using a language after this point it only takes a week of intense study to regain it – with some words missing, but doable. However, if you stop before this point, it is like you are starting each time anew, from zero.