THE WAY the Slovak-Ukrainian border is protected should serve as a model for countries that are currently struggling with an influx of migrants, Czech Interior Minister Milan Chovanec said while taking a tour of the border near the Ubľa crossing (Košice Region), accompanied by his Slovak counterpart Robert Kaliňák. 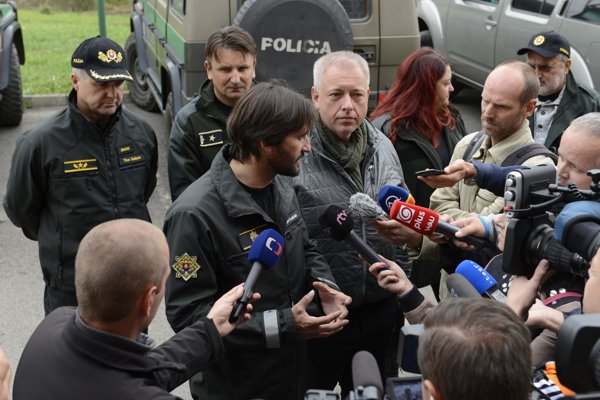 “If there’s a question whether the current migration wave could be halted better, there’s an answer – a clear ‘yes’," Chovanec said, as quoted by the TASR newswire, praising also the number of officers protecting the border. “There are several times more officers compared to policemen in Poland or Hungary. If the Greeks and other countries spent one half, or even only one third of the effort as exerted by Slovakia, there wouldn't be such a problem in Europe now.”

Kaliňák particularly praised the OptaSense system, which is also able to detect aircraft attempting to cross the border.

“On the border we have 60 kilometres of microphones, which – putting it simply – are able to detect various ways of attempting to cross the border, mainly with contraband,” the Slovak minister added, as quoted by TASR. “After seeing all their ways blocked, including underground, smugglers are now attempting to go above the ground.”

The Slovak-Ukrainian border is not guarded by the military, but by police, in four lines, up to 40 kilometres into the country’s interior, where individual police forces search for illegal migrants, Kaliňák said. Once captured, they are placed in custody, while the authorities decide whether they will be labelled as asylum seekers or illegal migrants, with the latter ones returned to Ukraine based on a readmission treaty. Kaliňák pointed out that the way in which he saw Greece dealing with immigrants was quite different.

“Migrants were loaded into buses and transported to the Macedonian border, then further to the Serbian border, subsequently to the Hungarian border and then further to Europe,” he said, as quoted by TASR. “Protection of the outer [Schengen] border has failed. Hungary isn’t on the EU outer border in the strictest sense when it comes to this flux – it’s Greece. We still haven’t begun dealing with the main problem – the completely open Greek-Turkish border.”

The two ministers reiterated that they concur on how the immigration crisis should be resolved.

“We’re ahead of talks in Luxembourg, where the mandatory quotas will be debated again – it will be about how the quotas will be set within the so-called permanent distribution,” Chovanec said, as quoted by TASR. “We don’t understand why Europe has opted for this way. Nevertheless, we believe that more countries will emerge that will have comprehended that this isn’t the right path.”

Kaliňák added that it is possible to fight against illegal immigration “better than we have to date”.

Kaliňák also praised Ukraine for “superb” cooperation in readmission issues, despite the ongoing internal conflict in the country.

“It can be stated that the European Commission has failed to a certain extent, as it hasn’t negotiated a functioning readmission treaty with Turkey," Kaliňák said, as quoted by TASR, adding that this is one of the key problems.