Kotleba scraps another grant for theatre

ANOTHER theatre in Banská Bystrica has recently seen its grant scrapped by regional Governor Marian Kotleba. 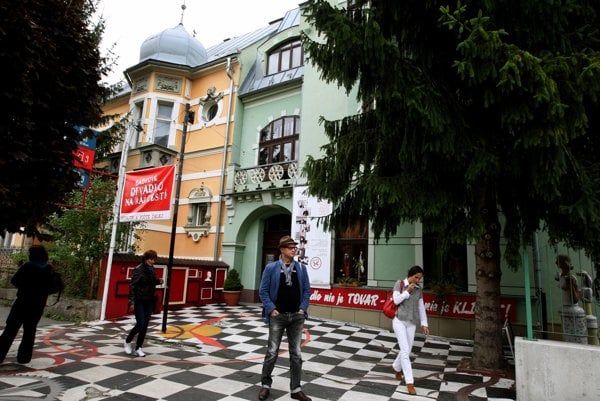 Since it is the second case in the past few months, the theatres launched a silent protest, wearing white ribbons as a symbol of their fight to create freely and to open discussion about whether the grants approved by the ministries need also approval from the region, the Sme daily reported.

The Bábkové Divadlo na Rázcestí puppet theatre applied for the grant from the Foreign Affairs Ministry with the project titled ‘Stop to extremism’, which focused on the problems of extremism, xenophobia and racism in the society. The authors wanted to address secondary school students from economically weaker municipalities in the region. They prepared a play and also a course with non-governmental organisation Amnesty International, the Sme daily wrote.

The Foreign Affairs Ministry approved the subsidy of €6,985. Kotleba, however, refused to sign the deal. One of the reasons was the participation of Amnesty International, Sme wrote. 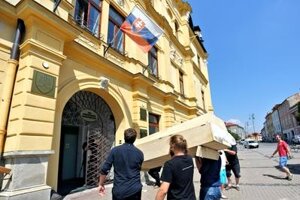 “It has not happened since 1989 that the region’s top representative refuses to sign the approved project which a cultural institution received for its activities, and in such a rude, incompetent and totalitarian way interfered with the programming plan,” reads the statement published by the theatre, as quoted by the Denník N daily.

The puppet theatre appears to be in a similar situation as the Štúdio Tanca Dance Theatre found itself in August. At the time Kotleba refused to sign a grant agreement, though the theatre had already received €20,000 from the Culture Ministry to organise the 11th year of the Days of Dance for You festival. He argued that he is not interested in the development of this genre of decadent art, therefore he decided against the aforementioned allocation.

Since it was unable to continue with preparations, the theatre had to abandon the whole event. Moreover, since the region also blocked money for other grants approved by the Culture Ministry, its entire existence was placed in jeopardy, Denník N wrote

Meanwhile, several art institutions, not only from Banská Bystrica, are supporting the white ribbon protest.