THE EUROPEAN ground squirrel (Spermophilus citellus), or the European souslik, is a comparatively rare species in Slovakia and the surrounding area. Its population has dwindled largely due to the conversion of many pastures into cultivated land. 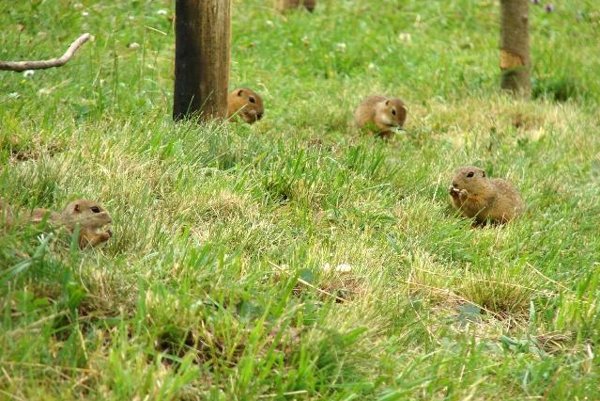 In mid September, the Raptor Protection of Slovakia (RPS) organisation, in conjunction with State Nature Protection (SOP), launched the operation of a special tractor in Biele Vody in the Muránska Plain. 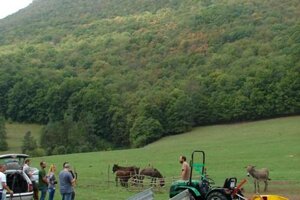 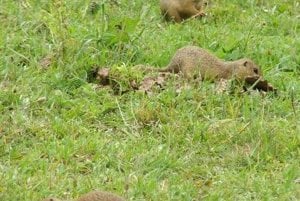 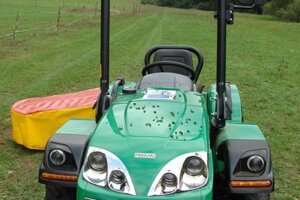 “Given its beauty and way of life, the European ground squirrel is very popular among people,” RPS’s Ervín Hapl told the TASR newswire. “It’s known for its upright sitting posture and for whistling loudly when faced with danger in order to alert its peers. It lives in habitats that are cut or grazed regularly. In the distant past, its colonies comprised several thousand animals, and it was considered to be a pest. Nowadays, though, conservationists and farmers are letting it out on their pastures. The most successful instance of a “renaissance”, or revival, in the population is on Muránska Plain’s Biele Vody locality, where the density is the highest – some 500 animals on three hectares,” he explained.

With the ground squirrel population in Biele Vody stabilised, the site currently serves as a so-called source locality, Muránska Plain National Park head Jana Smidtová said. In other words, some of the ground squirrels can be re-settled to other habitats in order to bolster the population there.

The tractor, called Ferrari, will be on duty at two more sites within the Bird Protected Area Slovenský Kras (or Slovak Carst), where tall grass meadows and bushy habitats do not provide for a thriving population of the animals. “The European ground squirrel is very rare not only in Slovakia, but also in other European Union countries,” Hapl said. “Ever since 2003 we’ve been engaged in activities designed to provide for the return of the animal to the Slovak countryside – among other reasons because they make up a significant item in the diet of birds of prey. The latest project, LIFE Energia, seeks, among other things, to restore two colonies of European ground squirrels in the Bird Protected Area Slovenský Kras. These are Hrhov and Gemerská Hôrka, where these cute animals are on the brink of extinction. The project has been funded by the European Union.”