A SLUMP in global emerging markets has seen analysts lower forecasts for the Slovak economy, but it is still expected to grow at more than 3 percent next year -- among the highest rates in the European Union . 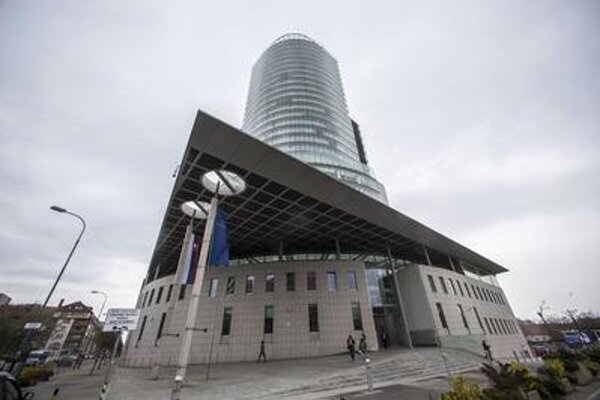 The National Bank of Slovakia (NBS) and the Finance Ministry estimate that the Slovakia’s economy would grow by 3.2 percent in 2015, but they reduced their forecasts for following years.

“The new prognosis responds to the current cooling of the global growth, especially from the side of the developing economies,” NBS Governor Jozef Makúch said September 29 when introducing the central bank’s prognosis for 2015 and next two years. “This has mirrored also in the reduced forecast of the growth in the eurozone. Thus the [growth] dynamics of the Slovakia’s export will slow down compare to the June’s prognosis.”

Economic analyst Martin Vlachynský said the deceleration of the China’s economy, that is the second biggest in the world, may have an impact on Slovakia’s neighbouring economies and in an indirect consequence also on Germany, Slovakia's biggest business partner.

The NBS as well as the Finance Ministry see high public investments due to the final year of the current EU funds programming period as one of reasons behind the economic growth this year, a phenomenon that will not repeat during the next two years.

“Weaker performance of economies of our trade partners will slow down the growth of exports, but the influence on the economy will not be fundamental especially thanks to cheaper crude oil,” the Finance Ministry wrote in its material from September 21. “Public finances will not repeat the exceptionally good year of 2015; on the other hand we assume a faster growth of investments in the private sector what is linked with cumulation of sources, reaching of pre-crisis levels of usage of production capacities and the peak of the influence of quantitative easing.”

Both the ministry as well as the central bank note that the planned Jaguar Land Rover (JLR) plant in Slovakia could help boost growth.

JLR, owned by India's Tata Group, announced its selection as its preferred location for a new plant on August 11 while it has already signed a letter of intent with the Slovak government for the potential development of a new manufacturing plant in the city of Nitra in western Slovakia. Talks should be completed by the end of the year while the so-far plans indicate building a brand new plant with capacity of producing up to 300,000 cars annually.

“An indicative calculation shows that the long-term GDP could increase by [aggregate] 2.6 percent up until 2021, and some 17,000 jobs could be added to the economy, including in supplier companies and related services,” said Makúch in reference to the plant, adding this could add some 0.4 percentage points to annual GDP.

The new car plant is expected to have an effect on the economy initially by bringing fresh investments in construction and technology and, at a later stage, in the form of the production and export of vehicles.

“Based on previous experiences with similar investments as well as conclusions of available literature it is obvious that apart from the direct influence there would also be a significant indirect synergic effect, either to the growth of the economy or creation of work places,” said Makúch.

“Based on the assumed capacity of the JLR plant the maximum number of employees will be roughly 3,000 during the first phase,” Fojtík told the Pravda daily.  “Equally wages, that are already now third highest in industrial sectors, at €1,138 per month in 2014, should keep at least the average growth dynamics of 6 percent from the last five years.”

The Slovak Automotive Industry (ZAP) perceives the estimates of about 17,000 new jobs as realistic.

“This is a real number when I compare it with current three carmakers and their influence,” Jaroslav Holeček of ZAP told Pravda. “But we do not know what JLR would bring in because so far he communicated only with the cabinet and not suppliers.”

Slower than forecast growth of the economy should not affect the positive trend on the labour market when the growth of employment should, according to NBS, accelerate to 2 percent in 2015. The central bank left its forecast for 2016 and 2017 at 1.2 percent and 0.8 percent, respectively. This should reflect in reduction of unemployment from more than 13 percent in 2014 to a pre-crisis level of 9.6 percent in 2017.

Given the current structure of the economy’s growth, new work places should be created in all sectors, but the most in services, according to Makúch.

Inflation is forecast at -0.3 percent as a consequence of a further decrease of energy and food prices. Real wages are expected to grow faster than originally expected, by 3 percent in 2015, 2.5 percent in 2016 and 1.9 percent in 2017.