BRITISH Days, an event aimed at promoting English studies and cooperation between the United Kingdom and eastern Slovakia, was opened by British Ambassador Andy Garth in the city of Poprad  in Prešov Region on September 30. 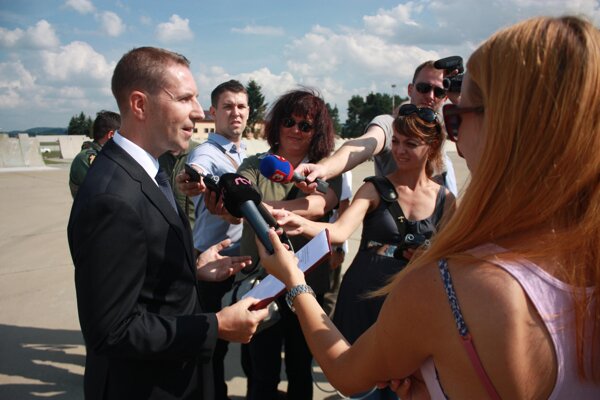 “English isn’t only a business language, but also the language of culture, showbiz and the internet,” said British Embassy press secretary Monika Holečková. “Its importance on the global labour market is beyond any doubt, and its study opens new opportunities.”

Pupils in the final grades of both primary and secondary schools will be able to see presentations prepared by British Council, the British International School Bratislava, Interstudy and Canterbury Christ Church University as part of the event.

The organisers have prepared a seminar named Efficient Public Administration (in cooperation with Poprad Mayor Jozef Švagerko) for representatives of local and regional authorities, which mainly concerns the drawing of EU structural and investment funds.

“Britain, with its experience, can help the region in drawing EU funds, in boosting the efficiency of the public administration and in tourism, too,” Holečková summed up.

Ambassador Garth is set to visit Prešov on October 1, with a presentation on education in the British Centre and a visit to Prešov University, renowned for its native English language teachers.