IF THERE were ever a political issue where word choice mattered, it is the current European migration crisis. The ways in which terms like refugee, migrant, asylum-seeker, camps, temporary and many others are seemingly used interchangeably can greatly shape public perception. 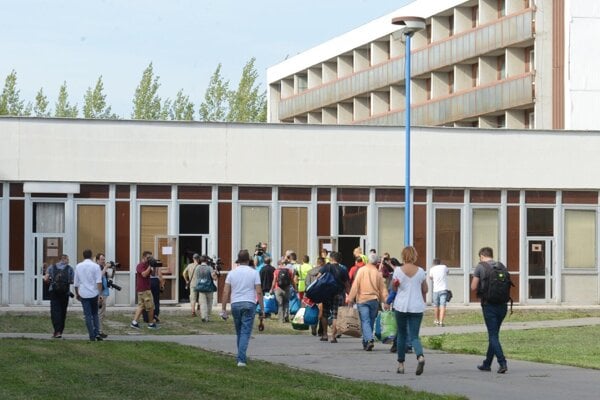 Sometimes these terms are used to manipulate, other times just irresponsibly. Precision is important. Though Slovaks are widely perceived as being anti-immigration, and they very well may be, there is little sign that they feel passionate about the issue without incitement.

The Fico government is betting they can do just this as they portray themselves as defending the country against invading hoards of Muslims.. As the government prepares to sue the European Union over its plan to redistribute asylum seekers throughout the EU – the only country out of 28 that will do so – they look set to spend vast resources to engage in a lengthy and complicated legal fight. Most indications are that this is all over an issue that Slovaks actually don’t care very much about.

According to the latest Eurobarometer survey, just 4 percent of Slovaks find immigration to be the most important issue facing the country, well behind health care, education and pensions. Amid multiple health care funding scandals, universities that are losing their accreditation and a pension system that is running out of money, it’s no wonder it seems timely to shift as much attention as possible to migration.

Even more striking, the survey found that just 1 percent of Slovaks feel immigration is the most important issue facing their own household, behind finances, health care, the environment and working conditions – literally every single other possible answer.

Slovakia is being asked to take 802 asylum seekers under the EU plan – equivalent to 0.015 percent of the country’s population. It turns out only a marginally higher percentage think immigration is an urgent issue.

When a survey for the Plea for Humanity initiative asked if Slovaks were willing to host a refugee camp in their city, 68 percent of people said “no”. But the Eurobarometer also found that 65 percent of Slovaks are in favour of a “common European policy on migration”, which is exactly what the current migrant resettlement programme is.

As it takes its case to the European Court of Justice, the Fico government looks set to argue that since normal European legislative procedures were not attempted first, the qualified majority voting that eventually pushed the resettlement plan through was used improperly. Furthermore, they contend that the migrant plan is not temporary as it covers a two year period. These are not only technicalities disguised as principles, but run contrary to other things that Slovaks say they want.

According to Eurobarometer, 48 percent of Slovaks agree that “more decisions should be taken at the EU level” as compared to 38 percent who don’t. While 62 percent of Slovaks are optimistic about the future of the EU, earlier this month just 37 percent said they were willing to support Smer in March elections.
If only there were some coherent alternative to vote for.