THE FIRST set of judicial candidates that underwent controversial security clearances that came as part of a 2014 constitutional amendment, stood before the Judicial Council on September 28. 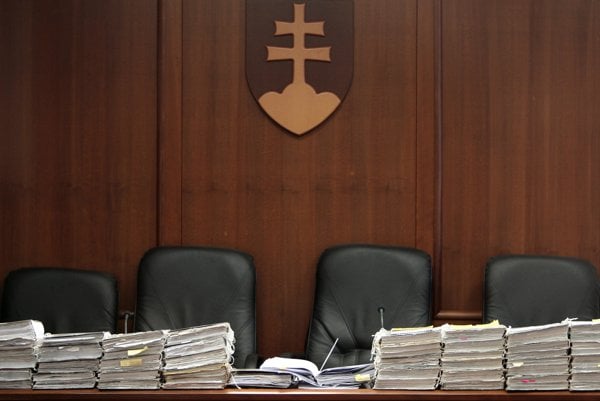 The Judicial Council, the top judicial body overseeing the operation of Slovakia’s courts, checked the first 19 candidates who have already been screened by the National Security Office (NBÚ), approving 17.

“One candidate did not fulfil the conditions of judges’ competencies, while in one case we stopped the discussion and asked for additional information,” Judicial Council Chairwoman Jana Bajánková said, as quoted by the Sme daily.

The court which nominated the failed candidate will most probably have to start a new selection process, she added, before declining to comment further citing the closed session and confidential NBÚ documents involved.

Dana Bystrianska, head of the Association of Judges of Slovakia, says she has mixed feelings from the session. Though the candidates had been initially asked to answer questions in written form for the NBÚ questionnaire, they did so only verbally before the Judicial Council.

“It seems that there is actually a big time pressure and small space for the candidates to focus on questions in the questionnaire,” she told The Slovak Spectator.

Part of the process

The NBÚ has so far received 44 applications to check judicial candidates. It has finished examining 26 cases and sent the documents to the Judicial Council.

Based on these documents, the Judicial Council then decides whether judges meet the conditions for performing their job. The NBÚ looks into the judges’ property and checks for corrupt behaviour, links with the underworld and potential narcotic abuse.

The Judicial Council selects the candidates based on the NBÚ documents and the results from the selection proceedings at their home courts. Those who pass then attend a public session, which in this case will be probably held in October. Only after passing this session the Judicial Council proposes that the president appoint the new judges, the SITA newswire wrote.

The original amendment passed by the parliament in June 2014 wanted not only new candidates for judicial posts to go through the process, but also serving judges. The Judicial Council, however, challenged the latter provision with the Constitutional Court in September 2014.

The court accepted the proposal for further review, blocking it from coming into effect for now. Since the judge-rapporteur is still working on the draft decision, the court has not set the date to discuss the matter yet, Constitutional Court spokeswoman Anna Pančurová told The Slovak Spectator.

If the court finally decides that the provisions are in compliance with the constitution, it will be very hard to check all of the active 1,400 judges given current conditions, Bajánková said, as reported by SITA.

The current state however puts the one candidate rejected thus far in a difficult position. Though technically entitled to appeal to the Constitutional Court, that provision is among the ones temporarily suspended pending the court’s review, said constitutional lawyer Peter Kresák.

“The Constitutional Court halted the effectiveness of provisions which enable them to do so, thus they cannot defend themselves in the current situation,” Kresák told Sme.

The For an Open Judiciary (ZOJ) group considers the clearances a good way to use the legal possibilities to check into people running for a judicial post.

“It is indisputable that the judges should be not only professional, but also a moral authority and it is necessary to find out about everything which may harm their trustworthiness before they are appointed,” ZOJ Chairwoman Katarína Javorčíková told The Slovak Spectator.

The question however is whether the security clearances are balanced in a way not to inappropriately interfere into the private lives of the candidates and their family members, she said.

The new provisions have however slowed the process of naming new judges. Indeed, no new judge has been appointed since the beginning of the year, though the selection proceedings are over, Kristína Babiaková, a lawyer cooperating with the Via Iuris legal watchdog group, told The Slovak Spectator.

Bystrianska is also critical of the related delays. The security clearances take some five months, with the total length of appointing one judge may last up to one year. Since the number of cases that need dealing with is increasing and the number of active judges is low, the situation in the courts is getting worse, she explained.

“We do not consider this a step towards higher effectiveness of the judicial system,” Bystrianska added.

Though the Association of Judges of Slovakia considers the clearances an attempt to improve the selection process of new judges and eliminate potential risks, they also argue it offers a chance for the the executive branch to interfere with judicial independence.

Javorčíková however disagrees and says that since the candidates are not part of the judicial power yet, the executive and legislative powers do not interfere into the independence of judicial power itself.