AN INTERPRETER translating a police order from Slovak to English during the September 3 protest in Medveďov refugee camp did not say “put your hands on stôl” meaning ‘put your hands on the table’ as Ombudswoman’s employee Juraj Jando said. The Interior Ministry is demanding an apology for the misquote. 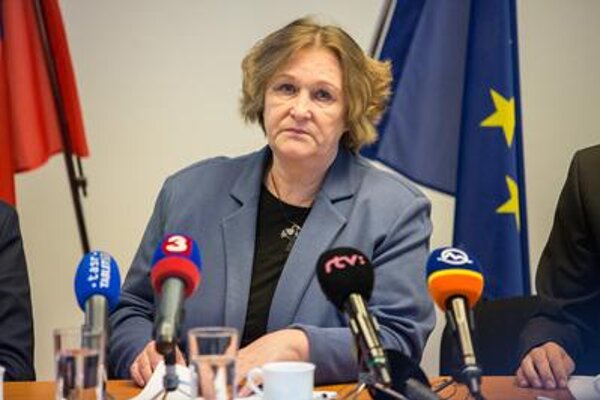 Jando misquoted the  interpreter during the press conference held by Ombudswoman Jana Dubovcová on September 28 to publish her report on the riot in Medveďov refugee camp in early September. The riot took place when refugees stopped accepting food and refused to leave the canteen demanding to be deported back to Hungary. They had learned that migrants from Hungary were then allowed to travel to Germany and they wanted to go as well. Police detained and searched them using violence which some refugees complained about. 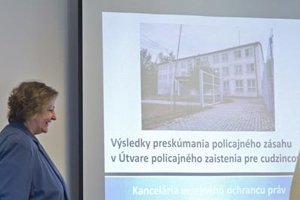 In fact, the interpreter said “everybody has to sit on your stool and put your hand on the table” noted the Interior Mininstry

Dubovcová responded that she did not use the wrong quote in her report and pointed out that one incorrectly rendered quote is not the essence of the document. She said that the problem was that officers entered the room where refugees were protesting with an interpreter who was one of the refugees and who was obviously nervous.

“The police used Mr laic. who is a detained foreigner and who was nervous, to communicate with the detained people instead of using an experienced negotiator and expert on solving conflict situations,” Dubovcová wrote in her statement.

Her report says that police action against the protesting migrants in Medveďov refugee camp showed the unpreparedness of Slovak detention facilities to handle the refugee crisis. While conditions there resemble a prison, camps lack interpreters and mediators able to help refugees with their frustration and daily problems.

“I am sure that if the refugees had been informed about what was happening in an understandable way, the whole thing would not have happened,” Dubovcová told the press.