Pictures on cigarette packets to discourage smoking also in Slovakia

New legislation aims mainly at protecting adolescents who have not yet begun smoking. 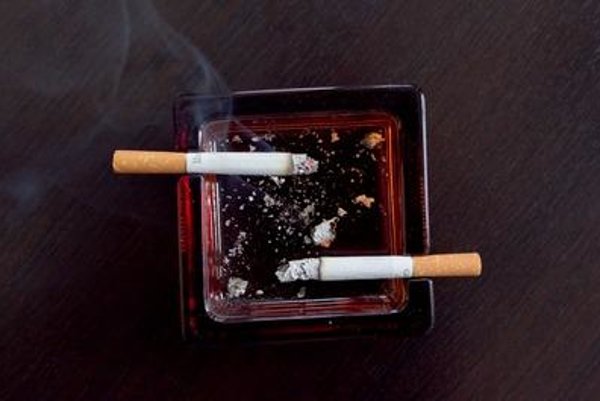 THE MAJORITY of smokers begin smoking at a young age, at the time they are most susceptible to their environment. While the number of young smokers in the European Union (EU) has been declining by an average of four percent a year according to the Eurobarometer report, a survey of the Country Office of the World Health Organization in Slovakia (WHO) demonstrates a contrary trend of Slovak youth.

“Almost half of children aged between 11 and 13 years have experience with smoking, a quarter of 15-year-olds are regular smokers and the trend is constantly growing,” says Darina Sedláková, director of WHO.

The number of young smokers should be reduced by the picture-text warnings on cigarette packs and the ban on flavoured cigarettes that is part of the cabinet-passed Act on Production, Labelling and Sale of Tobacco Products. After it is passed by parliament, it should become effective as of May 2016 in line with the directive for the entire EU, inspired by similar rules applied in Australia.

“The act was prepared with an emphasis on the harmonisation of our legislation with the EU directive and measures that include pictorial warnings on tobacco products,” said Peter Bubla, the spokesperson of the Health Ministry, as quoted by Sme daily. “It means a further legislative step to strengthen prevention in the view of harmful effects of tobacco.”

Packages of tobacco products will be covered by 43 combined health alerts visually sharper than drawings ordered by the EU, information links and a telephone hotline for help with quitting smoking.

The act also prohibits certain ingredients and emissions of tobacco products due to their toxicity and includes standards for measurement of special substances. In a cigarette manufactured or placed on the market, tar must not exceed 10 mg, nicotine 1 mg and carbon monoxide 10 mg. The smoke contains about four-thousand substances with different effects and more than 60 of them demonstrably harm the human body, according to WHO studies, cited by the TASR newswire.

Tobacco products containing vitamins, stimulants or other additives that may purport to be helpful as well as other flavours and substances causing coloured smoke or inhalation easement are also banned. The restriction additionally affects e-cigarettes and filling bottles where the concentration of nicotine must not exceed 20 mg/ml.

The new law sets rules specifically oriented towards those who have not yet started smoking, similar to an example in the US, where posters with photos of a girl before and after using methamphetamine caused a sharp decline in youth interest in the drug, according to Ľubomír Okruhlica, the director of Center for the Treatment of Drug Addicts (CPLDZ).

“The first cigarette hardly causes addiction but such pictures could impact as a brake,” Okruhlica told The Slovak Spectator.

Sedláková pointed out that separated actions will not bring great success, however, whereas regulation of supply and demand of tobacco is already heavily regulated in Slovakia. Thus the new act should contribute to a comprehensive approach of tackling smoking-related problems.

Róbert Ochaba from the Office of Public Health (ÚVZ) said that besides the act in effect, it is necessary to focus on improving the control of age of sale of tobacco products. In this way, the ongoing long-time campaign “Age matters” was extended in April of this year with so-called provocative agents whose task is to control sale of cigarettes to minors.

Secondly, Ochaba shares with Sedláková the idea of increasing youth education about smoking.

“Essential work with children and youth is missing in the field of education to health including prevention of smoking,” Sedláková said, adding that elementary and secondary schools should provide mandatory classes focused on prevention for all students.

Additionally, the Act on Production, Labelling and Sale of Tobacco Products regulates traceability of products in cross-border sales and non-existent future product categories, but lacks unit member state policies aimed at protecting non-smokers. Ochaba claims that states regulate rules by themselves according to their local conditions.

“Protection of non-smokers is not highlighted in the EU directive as it does not contain any restrictions on smoking in public places,” Ochaba said.

In Slovakia, conditions of smoking in public places are determined by the Act on Protection of Non-smokers from 2004 that established text warnings on packages and a ban on advertising tobacco products on billboards on the radio and TV broadcasting. The law changed fundamentally in 2013 thanks to expansion covering eating facilities where meals are produced and a smoking ban in commercial centres and sport stadiums. In June of this year members of parliament from the Ordinary People and Independent Personalities (OĽaNO) party tried to restrict smoking in cars next to a person younger than 18 years. The proposal did not pass in parliament.

The WHO is vainly looking for systematic dissemination of information about the rules and control/sanction mechanisms in legislation. Even in the more advanced states the rules and penalties do not function, however, people there better meet appropriate laws, said Sedláková.

Okruhlica would like to enforce a compensation for non-smokers.

“Sanctions for smokers should be replaced by compensation for people who are not overweight, do not have a problem with alcohol and are non-smokers,” Okruhlica said.

Nevertheless, protective legislation has been pushing slowly and heavily, as cigarettes are a legal commodity, an asset to the state budget as well as a human right, according to Okruhlica.

In the neighbouring Czech Republic similar laws are lacking regarding the protection of non-smokers. According to the Society for Treatment of Tobacco Dependence (SLZT), a ban on smoking in indoor public places could cause a drop in cigarette sales, an increase of visitors to pubs thanks to increased interest of non-smokers, but in particular a decrease in the number of sick people.

“In countries with smoke-free indoor public spaces, the number of acute heart attacks has decreased on average by 15 percent,” Eva Králíková from SLZT told The Slovak Spectator, “thus Czech health-care would treat 5,000 acute coronary syndromes less per year of which treatment costs about 500,000 Czech crowns.”

Králíková deems the absence of comprehensive tobacco control (cheap cigarettes, indoor smoking, point of sale advertising, pictorial warnings and others) as a big problem that leads to 30 percent of smokers over 15 years of age and approximately half of smoking youth between 15 and 18 years.

“If you compare the price of cigarettes and average salary today with 20 years ago, today you get almost double the number of cigarettes for the same amount of money,” she said.

Smoking causes diseases which often lead to death, including obstructive lung disease associated with asthma and chronic inflammation of bronchi, various forms of cancer and cardiovascular diseases. Okruhlica assigns tobacco addition among the most serious, whereas its addictiveness is similar to heroin.

“Smoking is not just a habit, it is a disease,” said Okruhlica and added that obstacles such as motivation and lack of automatic prescription of medicaments to treat addiction by treating the main disease. “Doctors tell a patient to quit smoking but do not cure his addiction.”

Now, addiction could be treated using traditional plasters, e-cigarettes or medicaments to reduce the craving for smoking.

Motivation was examined via an anonymous survey of CPLDZ on one hundred former alcohol-dependent people who have not dampened smoking. According to the results, 98 percent of participants are aware of the dangers of smoking, however, just five of them started the special program and three of them successfully completed it.

According to data of ÚVZ, currently about 21 percent of adults have smoked in the country and their number has been decreasing by two percent annually.

Tobacco use is a domain of men mainly because of women’s fear of sudden death of newborns. At the same time, smoking affects more people with low education.

“Paradoxically, after the age of 60 the number of smokers declines because many of them die before reaching this age,” said Okruhlica.