THE OLDEST marathon in Europe, International Peace Marathon (Medzinárodný marathon mieru, MMM) took place for the 92nd time on October 4. A record 1,735 runners competed, with the total number of all runners in all disciplines (half-marathon, etc.) reaching 11,000, the Sme daily wrote. 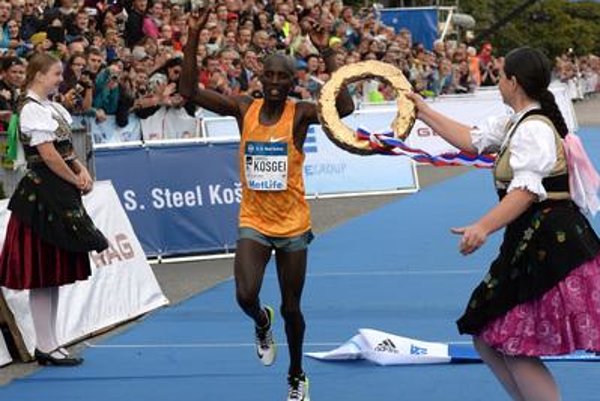 This year, again, Kenyans dominated the list of winners, with Samuel Kosgei beating Collins Tanui (in 2 hours, 7 minutes and 7 seconds). He was only six seconds slower than his compatriot Lawrence Kimaiy’s course record (2:07:01 hours) from three years ago.  Kenya thus achieved its thirteenth victory overall, and seventh in a row. Additionally they have beaten the success record of marathon runners from former Czechoslovakia who previously had the biggest number of victories.

The Kenyan long-distance runner presented an excellent finish, attacking the event record, the TASR newswire wrote. The leading group of several Kenyan runners in the tenth kilometre had a better split time than the leading group had three years ago when the record time was set. It appeared promising for a long time, as further split times were also below those from that of 2012. Nevertheless, several members of the group obviously became fatigued as of the 30th kilometre, with Collins Tanui, Samuel Kosgei and Charles Cheruiyot Torotich setting out for a breakaway. Kosgei stepped on the gas in the 38th kilometre and eventually won the race, falling only six seconds behind the event record. 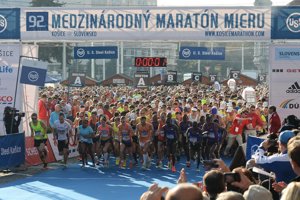 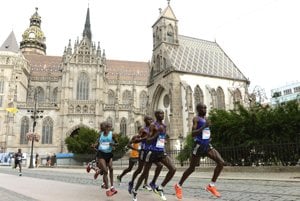 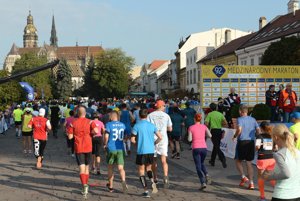 Kosgei praised the track and also said, as quoted by Sme, that the weather was good for him.

The best Slovak was – for the first time – Juraj Vitko (2:25:00 h) who beat favourites Jozef Urban and Tibor Sahajda and finished eighth overall.

“I now train while also working in a normal job – and so I do not have as much time as I used to,” he said for the public RTVS TV channel. “This is one of the reasons why I am so glad that I managed to win – thanks to the right tactics and balancing my powers throughout the track.”

In the half-marathon, Slovaks dominated: Boris Csiba and Katarína Berešová among men and women, respectively.