THE WEATHER during the last weekend in September was hardly ideal, but all the better to head indoors for the Divadelná Nitra theatre festival with its theme Empathy: Sharing and Giving. 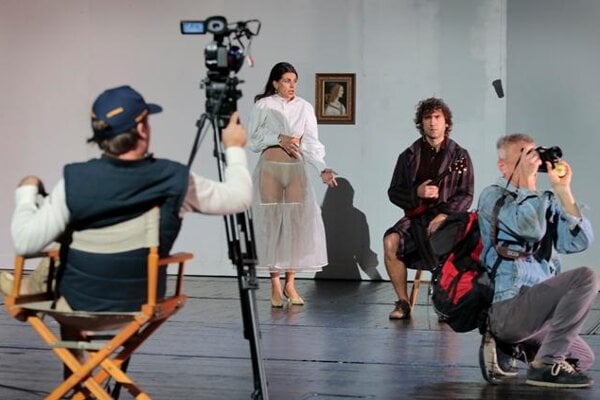 The event ran between September 24 and 29, and touched a thematic nerve as it coincided with heated debates about migrants from the Middle East and North Africa. The opening piece, Apocalypse by Polish New Theatre / Nowy Teatr (by dramatist Tomasz Śpiewak, directed by Michal Borczuch), posed a handful of questions, ideas and controversies surrounding the fundamental dilemma – left or right? Embracing immigrants, or condemning them? And what about the homeless?

The play has as its base the work and life of three people who never met in real life, with lives that ended in strikingly different ways: leftist director Pier Paolo Pasolini, murdered on an Italian beach; rightist anti-Islam journalist Oriana Fallaci, who died of lung cancer; and photographer Kevin Carter whose iconic photo of a vulture waiting for the death of a dehydrated, hungry African child became helped him win the Pulitzer Prize before he committed suicide at age 33. 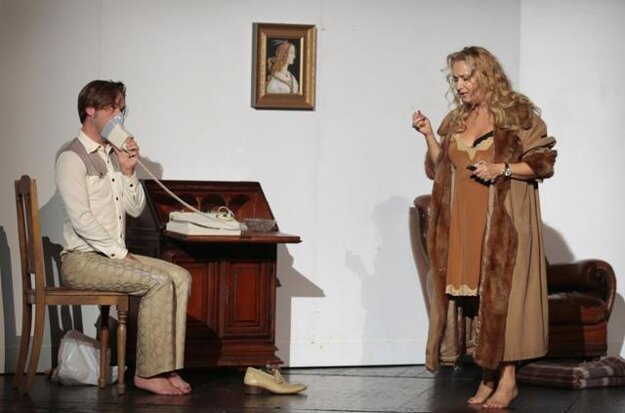 Against the background of these three life stories, Śpiewak and Borczuch question Western Civilisation of the ending 20th and beginning 21st century. The viewer can only ask himself how much things might have changed and where they are just now, as for the basic values and opinions of humankind.

September 25 was dedicated to Slovak productions, Home, Eros, Faith / Domov, eros, viera; and Reverse / Spiatočka. Dramatic advisors of the Slovak part of the festival, Iveta Ditte Jurčová and Michal Ditte, said that some 180 works were considered. 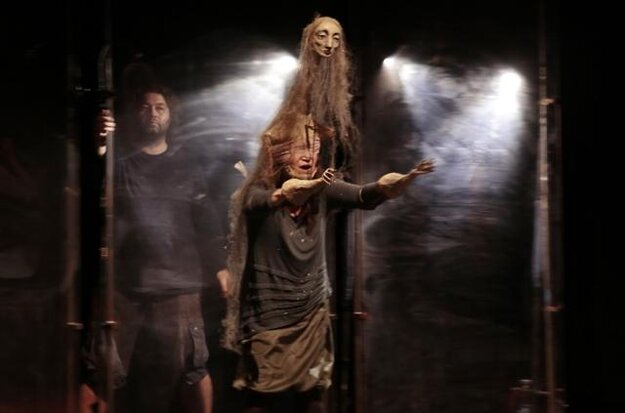 Home, Eros, Faith offers fragile, refined poetics, while The Reverse, a tragi-comedy, takes on Slovakia’s wild post-communist transition years among other key themes. The latter piece, directed by József Czajlik, was written as a prose by István Kerékgártó who later also adapted his own novel (translated meanwhile into several languages) into a play. 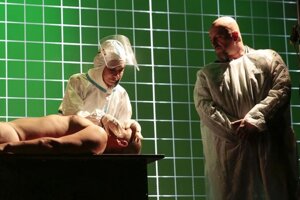 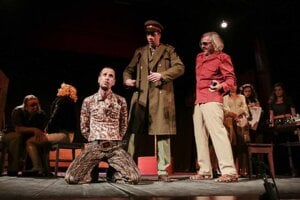 This year, two productions focused on the 1994 genocide in Rwanda, The Hate Radio (German-Swiss) and the French Samedi Détente, both using unorthodox theatrical means and revolving around the role of radio in the happenings there. The former, directed by Milo Rau, re-created the specific situation around the RTMLC radio which incited hatred and prompted Rwandan Hutus to kill their neighbours, Tutsis. It featured Diogéne Ntarindwa, a man born in Burundi of Rwandan parents, who experienced the end of genocide first-hand At the following discussion, Ntarindwa spoke on the role of hate radio in the Rwandan genocide. 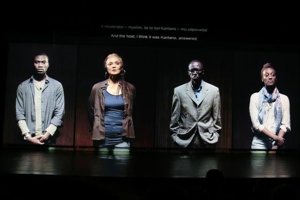 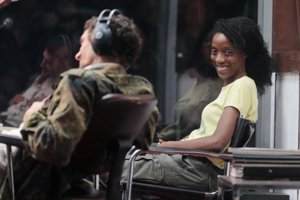 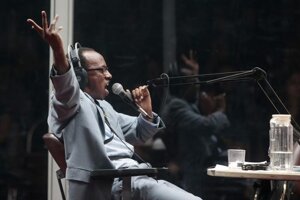 Another of the Slovak selections, called The Notebook, touched on less specific themes. Local Andrej Bagar played the lead in, telling the deep and troubling story of twin boys who are torn from their mother by war, and forced to live with their grandmother, who try to survive by suppressing all human emotions. 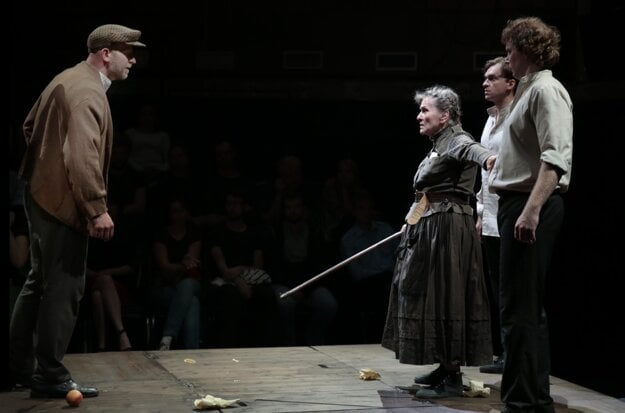 The 2015 edition comprised a host of accompanying events including workshops, concerts, happenings and visual installations and artworks. For the first time, it also included a political debate, on the themes stemming from Empathy – Sharing and Giving. 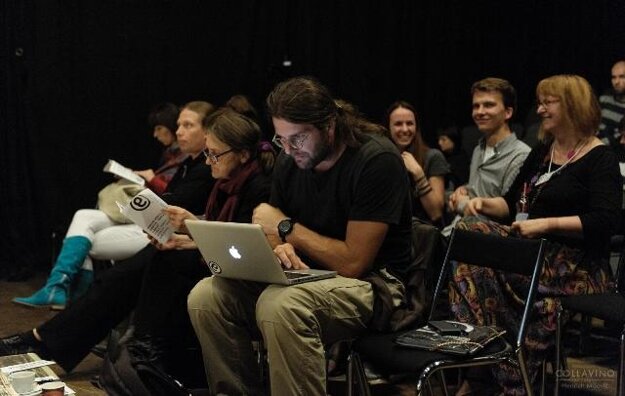 Honorary guests were seated among the audiences. (Source: Ctibor Bachratý)

The leitmotif and the leading thread of the 2015 edition was demanding – and also emotional – making it heavy, serious, sometimes depressing, sometimes shocking, and generally difficult to handle. But what saved the day was the wide variety of forms which were far from dull: from a classical theatre play, through use of video sequences, photos, music, a rock concert, a dance performance, historical songs and sounds, and puppets. Audiences often found themselves seated on both sides of the stage, sometimes even invited to dance next to the stage (at the concert of the Ukrainian director Sashko Brama), or to become the only acting elements in the performance, as in the We Are Still Watching production by Ivana Müller. 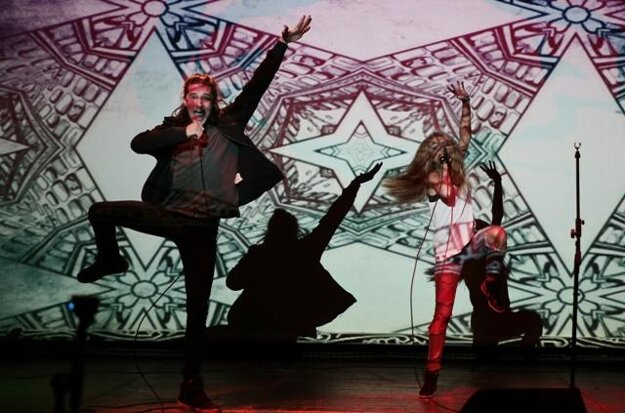 Another remarkable thing was, however, how these various theatrical forms were obviously meant for different types of audience. It seems that the festival has left the traditional venues, traditional spaces and traditional forms, to reach out to people, all ages and tastes.