New engines for the economy: the case for SMEs

The economy of the future will partly come from smart nerds in messy garages, coming up with bright ideas. 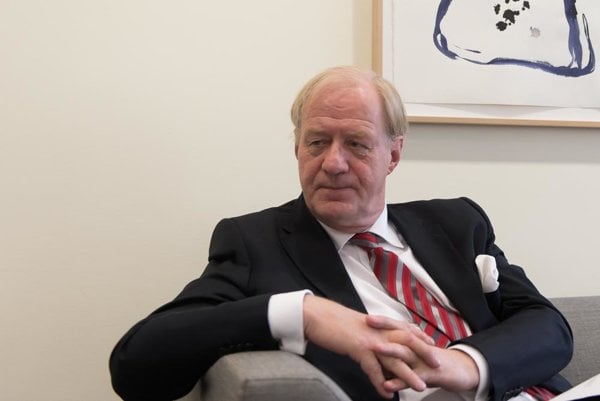 In recent years, surveys have shown that the best engine for employment is not found in large companies, but rather that growth will occur in small and medium enterprises. The basis of our economy will have to be found increasingly in innovation. The economy of the future will partly come from smart nerds in messy garages, coming up with bright ideas. Innovative ideas, creating a true European digital market and the combined promotion of education and entrepreneurship, are high on the agenda for the coming years, both nationally and in the EU. The initiatives in this direction by the new Minister of the Economy Vazil Hudák should be applauded. The real issue – especially in the mid and long term – is creation of added value and putting our cards on innovation.

Obviously, we can and should not forget about the importance of landing of big contracts. The investment in the Nitra region by Jaguar Land Rover certainly adds to a more robust economy. But one should not forget that decisions for investment are taken as easily as decisions for disinvestment. And, on a different but equally valid note, we should realise that – even large – nominal turnover figures tell only part of the economic truth. If the related innovation takes place elsewhere, it is perhaps employment that is generated. But a sustainable economy needs the “growth hormone” of innovation.

In over-emphasising the importance of large investment we make a couple of errors.

Firstly, we misapprehend the importance of creating a culture of entrepreneurship. Seeing opportunities and taking your chances, deliberately taking a risk that is what makes the homo economicus. Neelie Kroes, former European Commissioner and at present Netherlands Government Ambassador for Start-up Delta, pointed out that going bankrupt has many elements in it, but that perhaps the most important one is that it shows that at least you have tried and that you have learned from it. In the Netherlands, we have nearly one million živnostník“ (or in Dutch ZZP’ers”, which stands for “independent entrepreneur without personnel”). These people have chosen the risk to start their own company rather that going on the dole. They do not wait to find a job, they create their own jobs.

Secondly, large investment is by definition slow. It takes time to decide, to finance, to build. Market conditions change faster and faster. Adaptation to these changes requires quick thinking, rapid implementation and flexibility of execution. To keep up with the neighbours – or even better, to be ahead of them – we need a well-educated, market-oriented workforce that sees the opportunities and takes them. Co-operation between research institutes, local and regional government and the business community will create the “golden triangle” that will act as the incubator for new developments.

Thirdly and lastly, in betting (only) on large investment we make the mistake of old generals: we know how to win the last war, but not the next one. The best investment is investment in human capital, in the resource that is out there in plenty. Economically, we leave that capital unused, if we do not provide the next generation with what it needs most: challenges and the opportunity and the skills to answer to those challenges in a competitive (and increasingly digital) environment.

If we focus on using the creativity and the intelligence of the generation of tomorrow and at the same time providing for the opportunity to be flexible, we will enhance sustainable economic growth. Perhaps even more importantly, it will generate the responsibility to take our fate in our own hands.