THE NATIONAL Criminal Agency began a criminal prosecution of Igor Matovič, chair of the Ordinary People and Independent Personalities (OĽaNO), for slander. 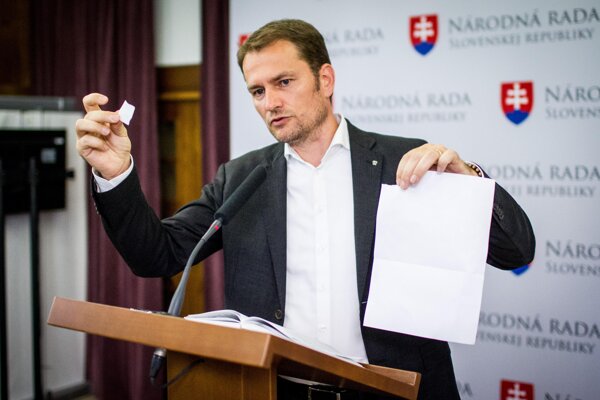 It accepted the proposal of PM Robert Fico and his wife Svetlana, whom Matovič accused of owning shell companies in Belize and having some $674 million deposited on accounts in local banks. The police however still have not decided whether the OĽaNO leader’s information is true, the Sme daily reported.

Matovič responded that neither police nor the prosecutor’s office is interested in investigating the corruption suspicions leading to Fico. 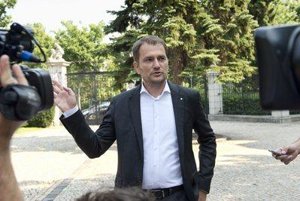 Back in August, Matovič accused Fico and his wife on his social network account of having the shell companies and bank accounts in Belize, saying that he received the information and also the evidence from an anonymous source. Though he promised to publish the documents, he did not do so. He only indicated that they pertain to manipulating the public procurement at a certain ministry, Sme wrote.

Fico subsequently rejected the information. Moreover, in early September he presented the confirmation of the Belizean financial police that he has no accounts in Belize. The documents were delivered in only two weeks, according to the daily.

Meanwhile, police confirmed to Sme that the documents Matovič submitted pertain to competitions at the Interior Ministry led by Robert Kaliňák. The police are currently gathering further documents to decide whether to start criminal prosecution or not, as reported by Sme.

Instead of investigating the allegations pertaining to Fico, the police are taking steps against the person who reported it, Matovič responded at the October 5 press conference. According to him, only one investigator, who is also assigned with another task, is dealing with his motion, as reported by the TASR newswire.

The criminal authorities should launch the criminal proceeding against him only after his motion is reviewed, he continued. Since the two cases have been separated, Matovič feels he is being bullied.

With launching the criminal prosecution, the police have proved that Fico will be cleared of any accusations in the end, the OĽaNO leader continued, as reported by TASR.