Žilina is the most indebted city in Slovakia

THOUGH the government remitted part of its debt, Žilina is still the most indebted city in Slovakia. Its debt amounts to 59.66 percent of its ordinary incomes. 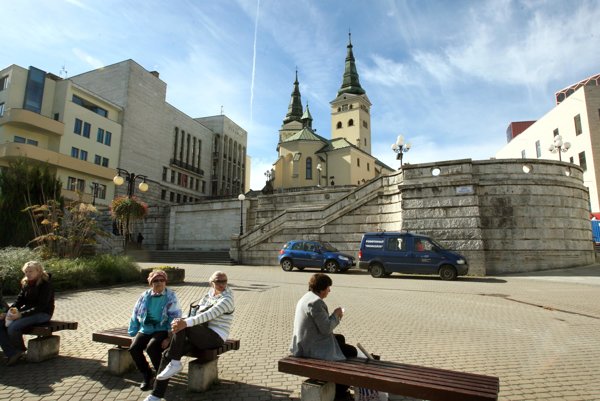 This stems from an analysis published by the Institute for Economic and Social Reforms (INEKO) think tank. The second most indebted town is Čadca (48.34 percent), followed by Púchov (48.13 percent), the Sme daily reported.

In the case of Žilina, however, the improvement came after the government decided last year to reduce its debt by €5.8 million. The city’s mayor is Igor Choma from Smer, Sme wrote.

“Though it managed to reduce its debt from last year’s 77.1 percent to 59.7 percent of ordinary incomes, most of this reduction took place thanks to controversial remittance of the debt approved by the government,” said INEKO analyst Matej Tunega, as quoted by Sme.

Žilina representatives however responded that they reduced the debt from 130 percent in 2010 to some 55 percent in 2014, which was one of Choma’s pre-election promises.

“It is significant progress in improving the city’s economic situation,” Žilina spokesperson Pavol Čorba said, as quoted by the TASR newswire.

The analysis also revealed that in average, the 50 biggest towns in Slovakia, analysed by INEKO, managed to improve their management compared to the previous year.

“The improvement probably pertains to the pressure of the government which moved part of the necessary consolidation to the municipalities, but also to better reports on towns’ management to the public,” Tunega said, as quoted by TASR.

However, he pointed out that the municipalities failed to improve their management as significantly as between 2010 and 2013. This may be a result of the municipal elections which were held in the end of 2014.