The participation of pupils is lower than expected, but the ministry anticipates improvement. 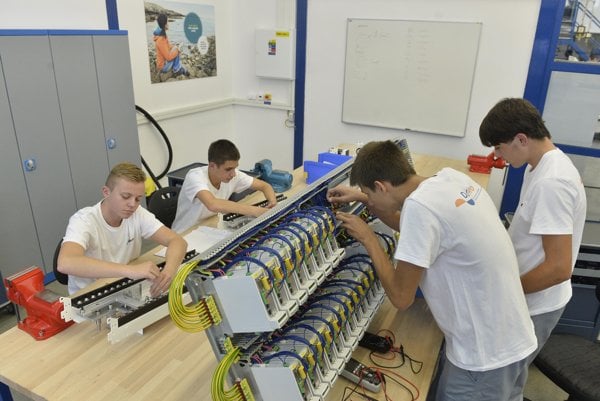 AFTER years of negotiations, parliament adopted a new law introducing a dual education scheme aimed at training graduates currently missing in the labour market. Though employers praise the opening of the first dual education classes on September 2, it seems that interest of students is lacking.

“I must admit that I slightly lose patience with how the employers’ associations are working,” Education Minister Juraj Draxler said in late August, as quoted by the TASR newswire, adding that they should “more intensively participate in all preparations for the dual education system and promote it intensively”.

Employers, however, disagree with the criticism, and claim they have done everything to promote the new system.

“We obtained exact instructions how and when to become involved in PR activities since these projects are co-financed by European funds and the activities are strictly controlled,” Roman Conorto, an expert in education in the Federation of Employers’ Associations (AZZZ), told The Slovak Spectator.

Under the new rules adopted by parliament in March 2015, the theoretical part of the education process takes place at schools, while practical training will be entrusted to companies. In practice, employers who decide to join the project will enter into learning contracts with secondary school students, who will undergo practical training at the company.

The system is beneficial for students in that they will be entitled to receive remuneration for their work, while the companies will be motivated by tax relief.

The dual education system has been joined by a total of 89 companies and 422 pupils. The most students in the offered programmes are in Trenčín, Nitra and Košice Regions, where also the most employers are situated. On the other hand, the fewest students joined the scheme in Prešov Region, according to Education Ministry statistics.

While the ministry expected that only some 80 employers would participate in the dual education, since only firms which already had established some kind of cooperation with schools before the law became effective in April could meet the deadline, it was surprised by the low number of students. Originally, it expected some 1,500 pupils.

“We explain the lower interest of pupils with the shorter time the employers had for appropriate PR in the regions,” Education Ministry spokesperson Beáta Dupaľová Ksenzsighová told The Slovak Spectator.

The ministry, however, expects that interest will be higher next year, not only for more time, but also in the initial real results of the system’s operation.

The National Union of Employers (RÚZ), however, considers it a success that despite such a short time for administrating the launch of the dual education scheme, 400 pupils have joined, its secretary Martin Hošták told The Slovak Spectator.

The start of the dual education scheme was rather cautious, both from the side of schools and employers.

While schools receive less money for students joining the scheme, as they will receive money directly from employers, companies may be discouraged by the low contribution from the state, which amounts only to €70 per student per month, says Martin Maták of the school trade unions, who is responsible for secondary schools.

Moreover, pupils may not accept the fact they need to sign agreements with companies as they are afraid of a “certain type of limitation”. Also parents are problematic as they lack information about the benefits of the dual education scheme, he added.

“But I think it is only the result of the initial, starting year and it will improve in the future,” Maták told The Slovak Spectator. 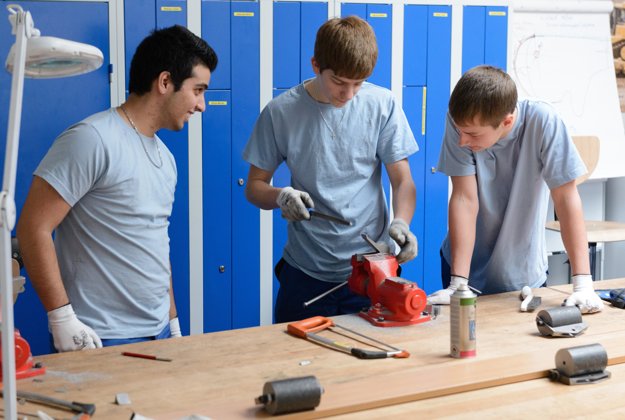 However, he stressed that it will be necessary to focus on educational and career counselling, which has many defects. Career counsellors lack the space and motivation to do their job properly.

“It is necessary to link them more with PR activities of the companies in regions,” Maták said, adding it is also necessary to promote the technical specialisations in sixth and seventh grade of elementary schools.

Also schools’ founders should help more with promoting the dual education system, by offering cooperation and motivation for schools with specialisations lacking in the labour market. They should also secure contacts between schools and companies, according to Maták.

Though Conorto considers the dual education system “the first fundamental step in the transformation of vocational education and the education sector as a whole”, he says that the new law has not fulfilled the expectations of employers and professional organisations.

“We are convinced that the interest of employers is big, though this agenda is accompanied with further financial and administrative duties, not to mention responsibility for the whole process,” Conorto added.

He suggests reducing the administrative burden for employers joining the scheme and increasing the financial participation of the state in the whole process to increase the interest of firms to become involved in the system.

Moreover, Klub 500, which unites companies with more than 500 employees, proposes to introduce the central model of process management, with clear rules, competences and responsibility. Currently, there are 13 professional associations that are responsible for the scheme, which may result in chaos and non-functionality of the system, said Tibor Gregor, executive director of Klub 500, as reported by TASR.

The fact remains, however, that if Slovakia wants to catch up with other EU countries, it should offer some 50,000 to 60,000 student jobs, said Július Hron, the coordinator of the employers’ associations in the governmental council for vocational education. He wants to continue developing the cooperation with schools as the system is advantageous for both schools and companies.

“We should lead every student together so they acquire knowledge and will find work in the labour market after graduating from school,” Hron added, as quoted by TASR.