APPROXIMATELY 9.5 million tonnes of waste on average is produced in Slovakia annually, the majority of which is industrial waste. 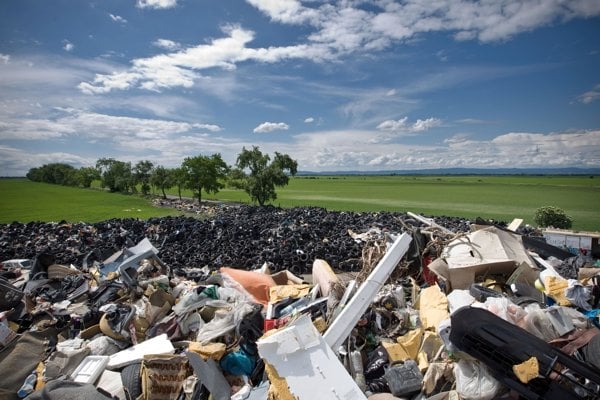 This stems from the analysis from the Environment Ministry which analysed the 2010-13 period, the SITA newswire reported.

Communal waste represents 1.74 million tonnes a year on average, which classifies it among the countries with the lowest annual production of communal waste per capita in the European Union. Back in 2013 every Slovak produced 304 kilograms of communal waste. Only Poland, Estonia and Romania produced less, SITA wrote.

Communal waste production is dependent upon socio-economic factors, especially the GDP, according to the Environment Ministry. Most of the waste is produced in Bratislava and Trnava Regions where it amounts to more than 400 kilograms of waste per capita. The least waste is produced by Prešov, Košice and Banská Bystrica regions (only about 250 kilograms per capita).

Slovakia usually disposes of waste with depositing it in waste dumps. The amount of waste increased to 5 million tonnes in 2013, which means that about one half of waste ended up in waste dumps. Only 30 percent of all waste in 2013 was recycled, while 3 percent was recycled for energy use, SITA wrote.

Although Slovakia is a EU member and is obligated to support recycling, such practices are insufficient in Slovakia and many municipalities do not separate waste. If Slovakia wants to achieve a 50 percent recycling level by 2020, it has to develop an effective system to separate waste, according to SITA.