ALMOST three quarters of people do not trust the Slovak judiciary system or courts; according to a poll organised by the Via Iuris non-governmental organisation in cooperation with the Focus polling agency. 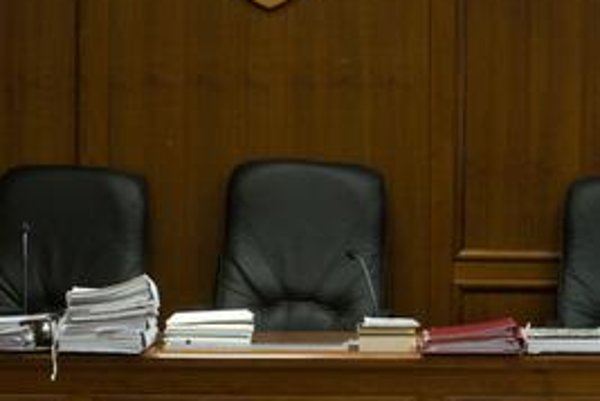 When asked, “To what extent do you trust the courts and judiciary system?” 37 percent of respondents said they do not trust them at all; another 37 percent said they were not confident, the TASR newswire quoted the poll.

The mistrust of the public has never been so high, and these results confirm the negative trend which has already been lingering for 20 years, executive manager of Via Iuris, Milan Šagát, and the lawyer cooperating with it, Zuzana Čaputová, told TASR.

Of those asked, 20 percent were not so confident with the judiciary system and courts; while the remaining four percent didn't answer.

The representative quantitative poll was made by Focus among Slovak citizens aged over 18 years, between September 1 and 9, in a total of 1,003 respondents.

Via Iuris is of the opinion that one of the reasons for the deepening mistrust include a recent decision of a panel of the Supreme Court led by former chairman of the court (and also former justice minister and Judicial Council head) Štefan Harabin. “Thanks to more intense publicity and negative impacts, the public has perceived them as being very sensitive,” Milan Šagát commented. The weakening of trust might have been caused by the fact that “the public subjectively did not find any positive changes in the judiciary system and the connection between these changes and their quality of life”, according to Via Iuris. 64 percent of respondents claimed not to have felt any positive changes in the judiciary system during the past year.