PILGRIMS / Pútnici, a melodrama by contemporary Slovak composer Egon Krák, has received an excellent response from an international audience at UNESCO headquarters in Paris on the evening of October 6. 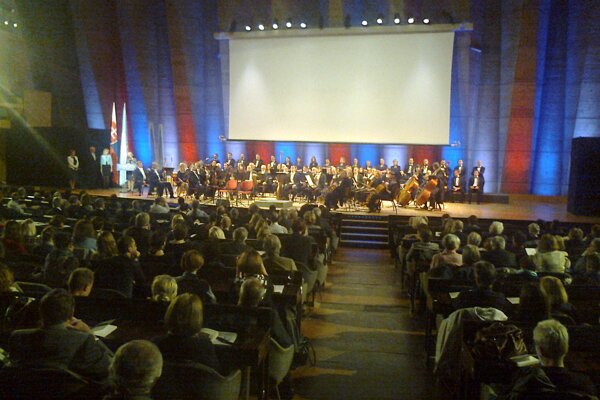 The ceremonial concert of the Slovak Philharmonic and Slovak Sinfonietta Orchestra from Žilina accompanied by poems written by the Slovak national revivalists gathered around Ľudovít Štúr and recited by actors Dušan Jamrich and Štefan Bučko, permanent delegate of Slovakia to UNESCO Klára Novotná told the TASR newswire. The performance was part of the celebrations of the bicentenary of Štúr’s birth (October 28, 1815). The event provided an opportunity for the present to become acquainted with Slovak culture, according to Novotná.

“By this work, the author has demonstrated that poetry needn’t only be an issue of poetic soirees,” she said. “When connected to music in a harmonic union, it’s able to elevate the perception of the work into several dimensions at the same time.”

The event was attended by more than 900 guests from diplomatic and expat communities, as well as by leading figures from UNESCO. Štúr’s birth features on the list of UNESCO’s important anniversaries for 2015-2016. 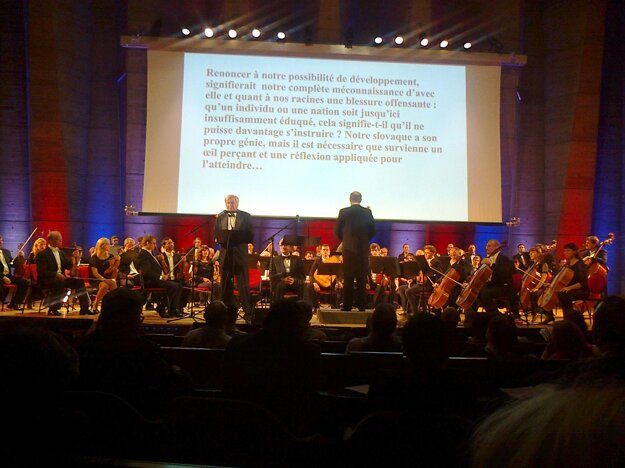 Dušan Jamrich recites works of Štúr and his companions in UNESCO (Source: TASR)