SLEEPING, eating, sport and some activities organised by refugee camp employees are the only things which the refugees living in Gabčíkovo refugee camp do from day o day. However, a small group of activists organised an event with a carousel, cotton candy and a mime for children living in the camp to make at least one day more interesting for them. 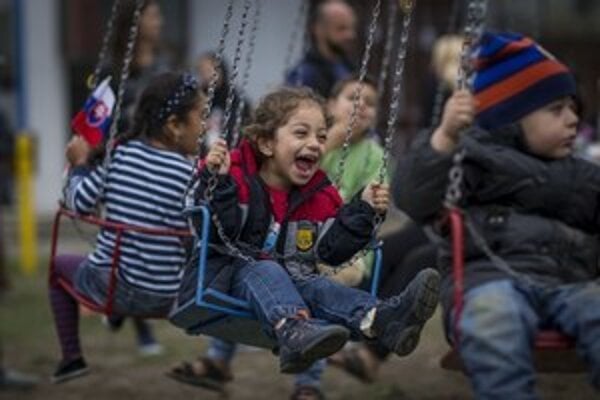 “This is what we were able to do and what we were obliged to do,” one of the event organisers, Peter Cvik, told The Slovak Spectator, adding that they plan to do further events once per month.

The Slovak government recently made an agreement with Austria about housing 500 refugees who are seeking asylum in Austria on a temporary basis. The refugees will live at the Gabčíkovo facility of the Slovak University of Technology in Bratislava which has in the past also served as a refugee camp. Slovakia will provide food and shelter to the migrants while their asylum procedures are being dealt with in Austria, according to the deal sealed on July 21 between Slovak Interior Minister Robert Kaliňák and his Austrian counterpart Johanna Mikl-Leitner, the Sme daily wrote.

There are around 250 refugees in the camp. The event attracted around 30 children and several dozens of adults from the refugee camp with activists saying that their aim is also to create opportunities for people from the camp and Gabčíkovo citizens to get to know one another.

“Maybe we will play football together - guys from Gabčíkovo against guys from the camp,” Cvik said. “Barriers, prejudices and irrational fears can be broken by sport.”

Amar Khalidy, who fled from Syria due to the ongoing war, said that conditions in the camp are good, maybe even better than those he experienced in Austria. He has been in the Slovak camp for two weeks and says that its personnel are friendlier than in Austrian camps.

“Finally I could relax after my long journey,” Khalidy told The Slovak Specator. “I can sleep normally and eat. We have everything we need even medicines.”