WHEN Slovakia is mentioned in US media, it is often because of irony. By the end of September, this was confirmed in two instances. 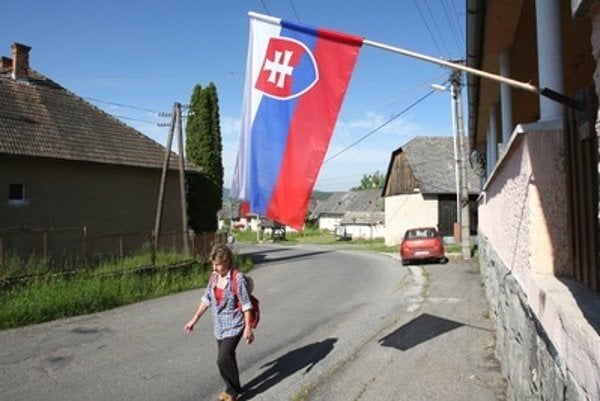 Slovakia does not make it all to often to TV shows abroad. (Source: Sme)
Font size:A-|A+74

In the first one, British comic John Oliver mocked the country in connection with the current refugee crisis. In his show, he targeted countries which have evasive stances towards accepting immigrants. The last to become the laughing stock for his HBO show LastWeek Tonight – the currently popular “fake news” format – was Slovakia because of its protests against the arrival of a few hundred people, and because of the official argument that they do not want Muslims as there are no mosques in the country. Oliver explained to Slovakia that mosques do not grow in the wilderness, by erosion, nor are they built by “particularly devout beavers”. The TV host added that Muslims can live anywhere that other humans can, “they are not like dolphins trying to resettle in Scottsdale, Arizona”.

It is a joke, of course, Dávid Tvrdoň writes in the Sme daily, but he adds that the “fake news” shows are based on real events, and the mockery was deserved by Slovak politicians and their reasons for not accepting – or accepting just some – immigrants. Tvrdoň approached marketing expert Marián Timoracký with the question of how this could be reflected in the country’s image, and whether it was true that “even bad promo is promo”. Timoracký opined that the core of country branding is not just knowing about the country but also being attracted to come for a visit or to buy Slovak products, etc., which can hardly be achieved by this type of negative information. On the other hand, there is no use in being too emotional, “as it is a sign of small-mindedness and pettiness if we cannot ignore them, and rather get annoyed and insulted. Such cases could rather be an impulse to better consider how we want to present ourselves to the world.”

At about the same time, Slovakia (together with the Czech Republic) is briefly mentioned in The Big Bang Theory, as an example of a split – after one of the main characters, Sheldon, breaks up with his girlfriend Amy (or rather, she breaks up with him and he wants her back). To stress the idea, Sheldon holds flags of the two countries.

Thank you for singing up. Shortly an email will be sent to the address you provided to verify your e-mail.
Error! Please try to register again later, your e-mail was not registered.
Your email is not in a correct format.
Please confirm you are not a robot.
Share on Facebook (74)