Master of scifi Isaac Asimov on stage in Pezinok 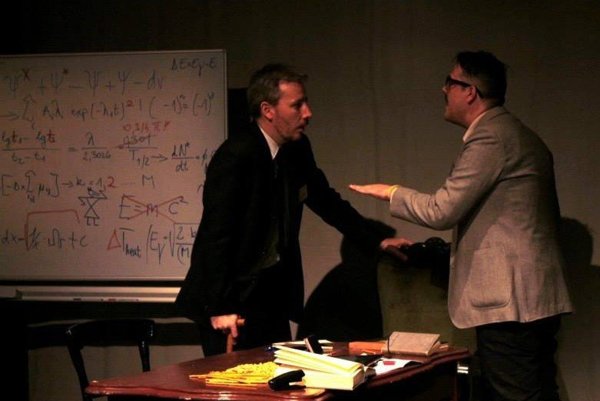 Liar is a science fiction short story by American writer Isaac Asimov (1920-1992) which first appeared in a collection of sci-fi stories in 1941. Hungarian theatre group The Turkey Theatre Troupe (4Ts) transformed Asimov's short story into a dramatic theatrical piece which can be seen at the theatre festival Bridgin'V4.

The festival will host theatre groups from the Visegrad group countries - Slovakia, the Czech republic, Poland and Hungary along with special guest from Austria. It will be held on the 15th and 16th of October in the Culture Centre in Pezinok.

Liar is the last theatre production to be introduced in this blog about all the festival entries. The Hungarian theatre piece can be seen on Thursday 16th of October 2015 at 11:00 AM, in the Culture centre Pezinok (Pezinské kultúrne centrum), Holubyho 42.

The festival is organised with support from the Visegrad fund. More information at www.anglickedivadlo.sk.

Thank you for singing up. Shortly an email will be sent to the address you provided to verify your e-mail.
Error! Please try to register again later, your e-mail was not registered.
Your email is not in a correct format.
Please confirm you are not a robot.
Share on Facebook (1101)