WHITE night, the festival of contemporary art which took place for the first time also in Bratislava, drew about 100,000 people to its streets on October 10. 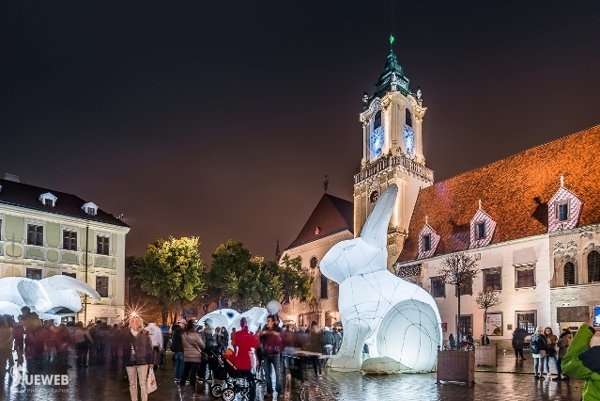 The first year in the capital – White Night already took place in Košice and some other places before – was better than our secret hopes, festival art director Zuzana Pacáková said for the TASR newswire, adding that despite the rain many curious people enjoyed the event outdoors.

Many various light designs, interactive installations and other artworks changed the face of Bratislava. Some artists, like Australian Amanda Parer, who created the giant rabbits, attended in person.

Among the most attractive eye-catchers was the light installation of Belgian duo ATK! on the pyramid building of Slovak Radio, or the Bratislava Castle altered by abstract fairy-tales of Gábor Pribék. The light installation Milky Way by Braňo Bernár, on the 23rd floor of the VÚB building, also drew much attention.

There were three various routes recommended to visitors, differing according to taste and quality demands of the visitors, the Sme daily wrote. 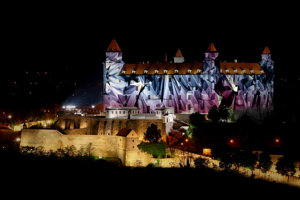 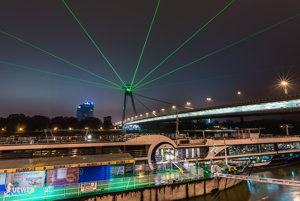 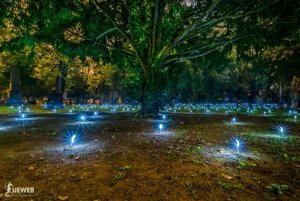 However, there were some problems, too. The weather did not cooperate with the organisers, and apart form enormous fog; rain caused a short circuit at the Mechanic Field installation by Vincent Leroy in Medical Garden, as well as in the floating house Walden Raft on Štrkovec Lake (a work by Elise Morin and Florent Albinet). But this work will be available for viewing until October 25.

Another snag was the city traffic which was not prepared for such crowds. Organisers of the event take all this into consideration and explained that until now, they have been working in Košice where the situation is totally different. “There, we work with a much smaller area – especially close to the pedestrian zone where there is no problem with transport,” Pacáková said for the Denník N daily. “In Bratislava, several busy crossroads are part of the festival area. We take all this into consideration, and will try to improve it next year.” She added that they want to communicate also with city administration – to ideally boost city transport; but the ideal solution would be to enhance the festival into two nights, so that people can enjoy works without queues and crowds pushing.

A total of 52 visual artworks, but also dance and theatre performances and book readings were keenly visited. Some of the art installations will later be moved to nearby municipalities of Malacky, Senec and Stupava, according to TASR.

Thank you for singing up. Shortly an email will be sent to the address you provided to verify your e-mail.
Error! Please try to register again later, your e-mail was not registered.
Your email is not in a correct format.
Please confirm you are not a robot.
Share on Facebook (61)