Smer to retain its membership at PES

SLOVAKIA'S ruling Smer party will retain its membership at the Party of European Socialists (PES). 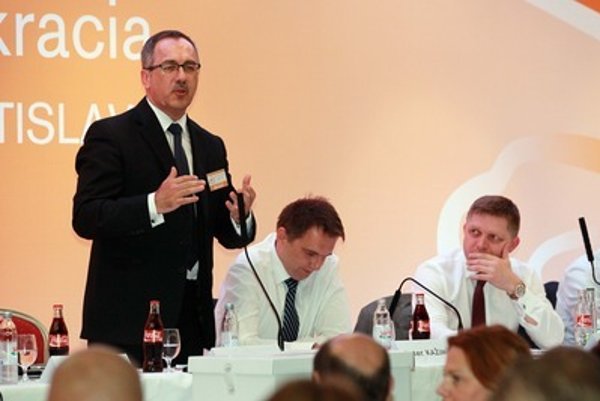 “At the request of the Smer party, the PES Presidium at its October 10 session discussed also the migration crisis and the misunderstood statements made by Smer chairman Robert Fico, which were misinterpreted by European media,” the TASR newswire learnt from the Smer press department.

Smer vice-chair for political and foreign affairs Pavol Paška engaged members of the PES presidium in a multi-hour discussion, during which he explained the stances of Smer and cleared up the misunderstanding.

Gianni Pittella, chairman of the Socialists & Democrats (S&D) faction in the European Parliament had previously objected to statements he claimed had been made by Robert Fico. “The position made clear by Mr Robert Fico that the “mass migration of Muslim immigrants who would start to build mosques will not be tolerated” or regarding the “restriction of the freedom of Muslims in Europe”, or again that “Slovakia is built for Slovaks, not for minorities”, has embarrassed the whole Progressive family,” Pitella said in late September.

“The persistent unwillingness to take responsibility and show solidarity in the framework of the refugee crisis contrasts with our values and political convictions,” Pittella added. “You cannot merely call yourself progressive; you must also show it in your words and actions. Therefore, I propose that the PES President, Mr. [Sergei] Stanishev, begin the procedure for the suspension of Smer and, at the same time, invite Mr Fico to clarify his positions in front of PES,” Pittella stated back then.

However, the head of the Smer delegation in the faction of social democrats in the European Parliament, Vladimír Maňka, said – as quoted by the Sme daily – that the stances and statements of Smer concerning the migration crisis will be closely followed and watched. Another contentious issue is allegedly the announced lawsuit of Slovakia against the mandatory quotas for re-distribution of migrants, Sme added.