THE NITRA Gallery which is housed in the historical Regional House in the centre of the city of the same name, celebrates 50 years this month. 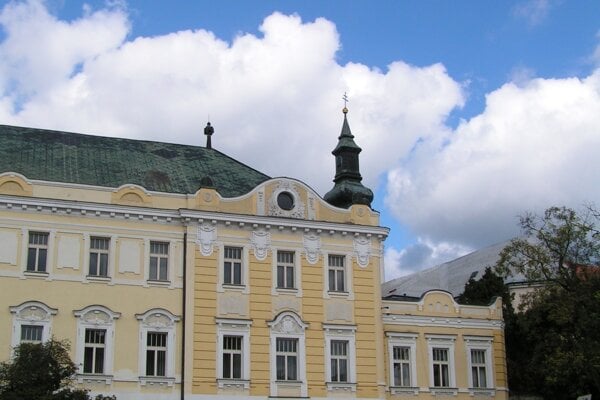 A gala evening on October 14 will mark the anniversary, with a rich programme – Cappella Istropolitana, the chamber orchestra of Bratislava; will play Concerto Grosso No. 1 by Ernest Bloch.

The next part of the programme will be the opening of the Čože je to 50-ka! – 50 – So What?! exhibition, curated by Barbora Geržová and Omar Mirza, offering a new, innovative approach to the collection of the gallery. Works of various Slovak artists of the end of the 20th century and the present time have been combined with artworks dating back to the 18th and 19th century, and especially to the first half of the 20th century.

The exhibition is divided into several parts, form the dramaturgy point of view, based on the genre, media and artistic themes, but also based on visual and content affinities and analogies of the past and the present. It will be displayed throughout the exhibition rooms.

In the Bunker space, the less traditional underground exhibition venue, a parallel event called Bunker Specific has been organised, focused on the younger generation of artists (Martin Kochan, Jaroslav Kyša, Mira Podmanická, Nina Šošková) who have been tasked with using the spaces’ potential and to create specific works for the anniversary.

The jubilee exhibition will last until January 24, 2016, with a host of accompanying events like animations, lectures and workshops, for children but some also for adults. Additionally there will be a special competition for all age categories, testing the attention of visitors and knowledge of the world of art.

More detailed information can be found at nitrianskagaleria.sk.