TWENTY people died during this year’s summer season in the High Tatras lasting from June to September, 10 more than during the same period of 2014. 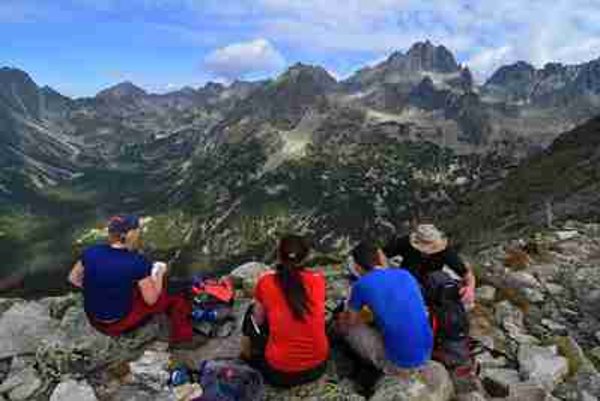 The local Mountain Rescue Service (HZS) cited better weather and a higher number of visitors this year, but refused to link this with the higher death toll.

“The visit rate was significantly higher than during the previous few years,” said Jozef Janiga, director of HZS, as cited by the TASR newswire. “It is sure that also hoteliers as well as HZS can say that the visit rate was at the level of the 1970s, the so-called golden era of the Tatras.”

Janiga has left the conclusion about whether a higher number of injuries was behind the high visit rate to experts, nevertheless rescuers helped the most often during accidents of people who were hiking in the mountains alone.

“It is being spoken about opening-up Tatras; an opinion that the [High] Tatras are not complicated and difficult but exactly these tourists show that they can be very deceitful,” said Janiga. “We have an increasingly bigger problem with such solitaires.”

The local HZS received 243 calls for help between June 15 and September 30, an increase by 3.3 percent compared to 2014. The injury rate increased in the High Tatras too, when HZS reported 415 injuries from May 1 through September 30, while it was only 333 between the beginning of May and the end of October in 2014. In total HZS carried out a total of 366 actions during this year’s season.

“It has been confirmed what we have known here for many years and that is that about 51 percent of people who suffered injuries were Slovaks, followed by Czechs and Poles,” said Janiga.