CONFUCIUS Institute was ceremonially opened at Comenius University (UK) in Bratislava on October 12 as the 150th institution of its kind in Europe and one of almost 500 worldwide. 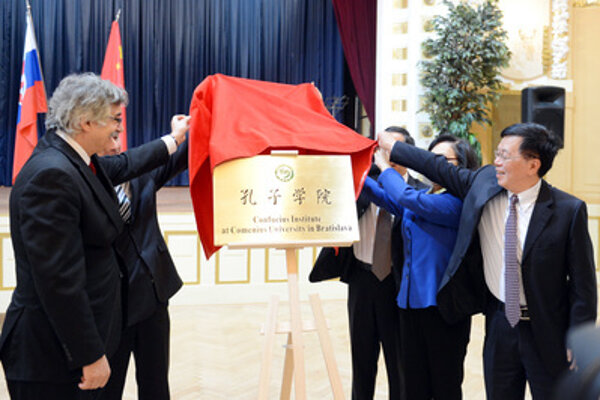 Its roles will include presenting the Chinese language and culture to both students and the general public via courses and various events. For example, it will also organise courses of Chinese calligraphy, Chinese economics and business, the TASR newswire reported.

“Although [Confucius Institutes] are set up at universities, their scope is usually broader,” said Jana Benická, head of Comenius University’s Faculty of Arts’ East Asian Studies Department. “This one should serve as a platform for the presentation of Chinese studies and Chinese culture – not only at the university but in Slovak society as such.”

The Confucius Institute in Bratislava is a joint project of Comenius University and Shanghai University of International Business and Economics (SUIBE).