SINCE February 1, when the decree by the Interior Ministry came into force, only 33 of 72 people have been granted their Slovak citizenship which they lost due to a hastily conceived Slovak Citizenship Act .

The Interior Ministry is dealing with the other applications, the TASR newswire reported.

The 2010 law was adopted by the first government of Prime Minister Robert Fico in response to a Hungarian law on dual citizenship and stripped many of their Slovak citizenship. The Interior Ministry prepared a decree, allowing applicants to regain their citizenship based on individual exceptions. 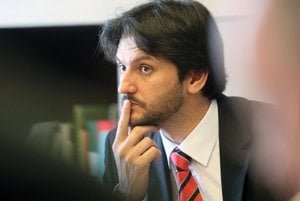 For such an exception, however, special conditions must be fulfilled: it must be in the interest of Slovakia, the persons involved must have been Slovak citizens after 1993 and only then lost their citizenship, and have gained the foreign citizenship due to their long-term stay abroad. A physical stay of at least three years in Slovakia is also part of the condition, making the citizenship harder for Slovak expats.

So far, 1,208 people have been stripped of their Slovak citizenship. Most of them (389) became citizens of the Czech Republic. As many as 262 people were granted German citizenship, while 171 people received Austrian citizenship, 108 British, 64 Hungarian, 41 American, and 30 Norwegian. Belgium and the Netherlands granted 26 citizenships each, while Italy granted 17, Ireland 16, Canada 13, Switzerland 12, Australia seven, France six, China, Finland and Sweden three each, Poland, Russia and Ukraine two each, and Denmark, New Zealand and Israel one each, TASR wrote.